After a very long trip, Lake Cargelligo Central School’s students and staff arrived in Sydney all the way from Lake Cargelligo on Monday 11th April.
They had pizza for lunch while getting some sun at a park 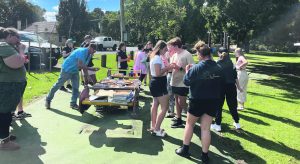 Day 2 at the Royal, students learned about sheep and wool, beef cattle and the working dairy, saw historic exhibits and watched a cultural presentation.
They enjoyed a lovely breakfast at the Big Bush BBQ, which was provided by the Royal Agricultural Society of NSW.
Later in the day students met Dugald Saunders MP and had a chat about Agriculture. After, they watched some wood chopping and raced some alpacas. Then they checked out the district exhibits and went to visit Steve and Jan Johnson to learn about making chaff and what they feed the horses. 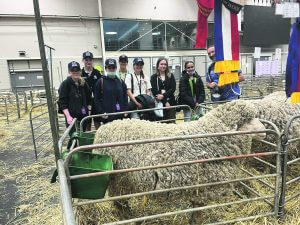 Students saw some winning sheep that won for their amazing wool. 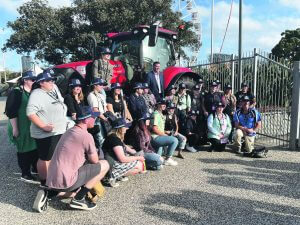 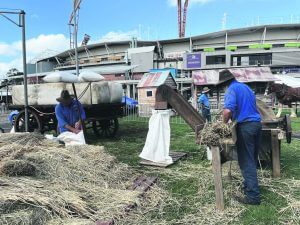 Students learned how to make chaff. 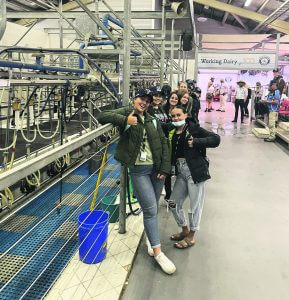 Students next to the station where dairy cows get milked.

Day 3 was quite a big day, though not as much was documented.
Students met some netballers on the way to the show. They got a very exclusive tour of the announcer’s box and the main arena (which is very very rare), they went underground to see where emergency services runs from, Brooke was interviewed on ABC Country Hour, Chloe got to do some ‘announcing’.
In the afternoon the hospitality students headed off for their induction and just happened to run into the motorbike stunt team in their accommodation. 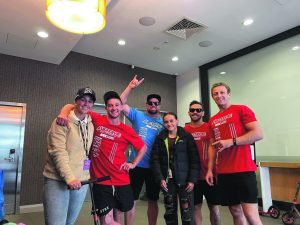 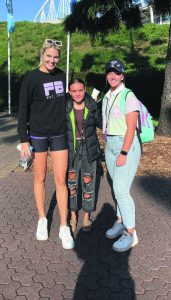 Students ran into a Female Netballer while on the way to the show. 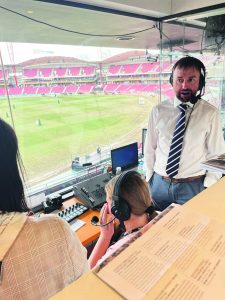 Chloe got to take over doing the announcements while Brooke was interviewed on ABC Country Hour.

On Day 4, most of the Lake Central School team head home, but the Hospitality students stayed to begin the second component of their trip, where they worked in the rural schools cafe.