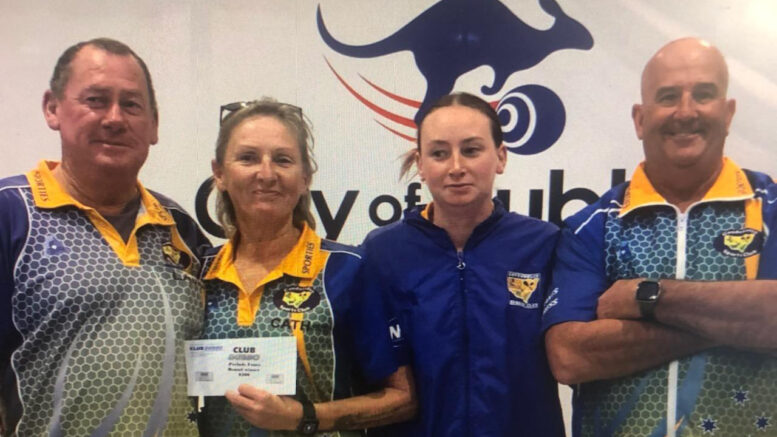 Condobolin Sports Club Bowls
The bleak looking day didn’t deter four hardy souls from venturing out from the cosy clubhouse last Wednesday. It was actually quite pleasant when the sun came out, from 3:10:15 to 3:10:27. Brian Tickle and Dannielle Thompson defeated Al Stuckey and Nick Moody on a very fast green with a vicious and unreliable crosswind.
Sunday Trevor Thorpe and Lloyd Merritt won the day defeating Pam Nichol and Uwe Kuhn, and Michael Waller and Garry Keen scraped in to defeat Hank Colliss and Adam Doyle.
In the Minor Pairs Daryl Nairn and Al Barnes defeated Neil Baxter and Al Stuckey twenty one to ten and in the Major Pairs, Pete and Andrew Brasnett defeated Darren and Dan Seton fifteen to thirteen and Craig Jones and Neil Baxter defeated Grant and Brayden Davis twenty to nineteen.
Two teams went over to the West Dubbo Men’s Bowling Club 2022 Prelude Fours Tournament on the weekend. Each team played four games with the top four teams progressing to the play offs. After three rounds Cath, Dannielle and Laurie Thompson and Grant Davis were in third position however they lost their last game, dropping out of the top four. They did however score some prize money for the biggest winning margin in the second round. Team Seton consisting of brothers Darren, Glen, Neville and Geoff finished second after the preliminary four rounds with a great margin of plus twenty nine. In their semi final they were unfortunately beaten by a West Dubbo team who went on to defeat Narrabri in the final. A great effort by all, doing Condo proud.
Contributed. 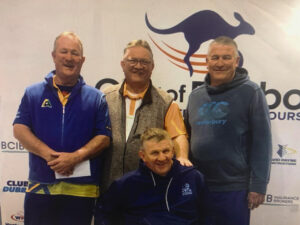