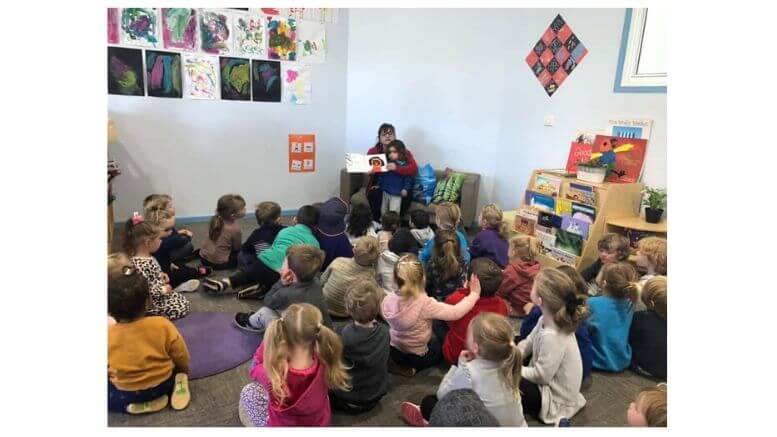 On Tuesday, 9 June Everlien Gardner took part in the Condobolin Preschool and Childcare Centre’s began ‘Read to Me’ Program.

Members of the community are invited to pick a children’s book of their choice and share it with the children.

Everlien shared her favourite book, ‘How the birds got their colours’ told by Mary Albert from the Bardi tribe.

“Mary was told this story when she was a young girl by her mother and in this book the words have been brought to life with bold colourful children’s paintings,” a post on the Condobolin Preschool and Childcare Centre Facebook Page on 9 June read. “According to the Dreamtime story, birds all used to be black and have no colour.

One day, a bird landed on a sharp branch, which cut into his foot and made it swell, and all birds except the crow came to his aid and looked after him until the swelling broke, releasing colour into the world.”