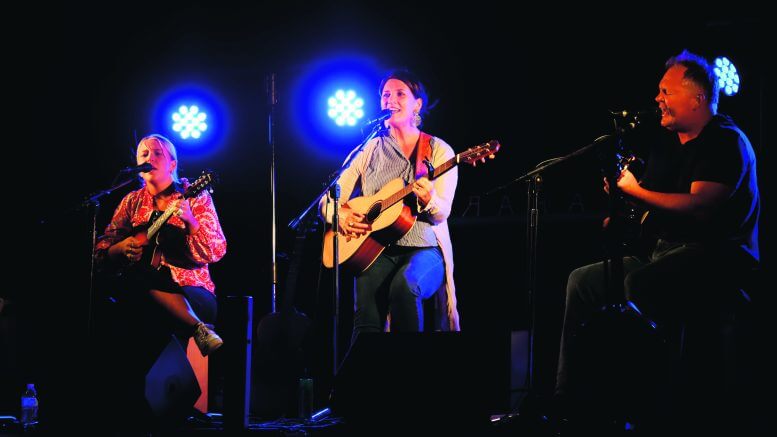 On Friday 25th March, Sara Storer performed in Ivanhoe at Sahara Oval.
Last month, the NRRA was proud to announce the Sara Storer Recovery Outreach Tour, which starred Sara along with her talented brother Greg and his daughter Pip.
The acclaimed country music singer hit the road from the 15th – 27th March with the National Recovery and Resilience Agency to raise the spirits of communities who’ve recently grappled with the impacts of drought, bushfire, flood, mouse plagues and COVID.
Sara, Greg and Pip visited Rankins Springs, Whitton, Jerilderie, Hay, Wakool, Kyalite, Booligal, Hillston, Ivanhoe, Euston and Pooncarie while on their tour.
Like many performers, Sarah and Greg have only been able to perform a handful of shows since the start of the pandemic almost two years ago.
The famous siblings know first-hand just how challenging life in rural Australia can be at times. They were born in Wemen in Victoria where their parents farmed wheat and cattle.
Sara has penned a string of songs about life in the country while Greg, along with his family, moved to Warren in NSW where they continued the farming tradition.
Her music career took off when she won the Best New Talent of the Year Golden Guitar in Tamworth in 2001 and has since taken out 21 more gongs including a coveted ARIA. Sara has won more Golden Guitars than any other female artist.
Greg’s talent for composing and performing music emerged later when he began co-writing with his sister with the two of them taking home a Golden Guitar for a duet called ‘When I Was A Boy’ in 2010.
The event was free and welcomed 180 attendees at the Ivanhoe show. Service NSW was also there, and together with the NRRA they offered mini outreach to people to discuss current support measures available.
Claire Butler lives south of Ivanhoe and is the local Recovery Support Officer with the NRRA and can be contacted on 0427 563 876 or email Claire.Butler@recovery.gov.au 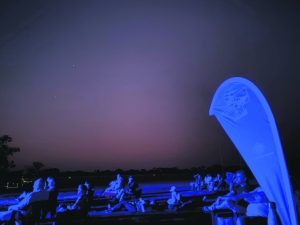 Some of the crowd at Ivanhoe. 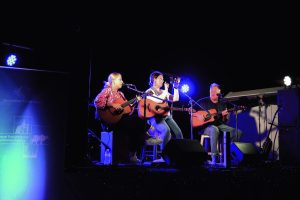