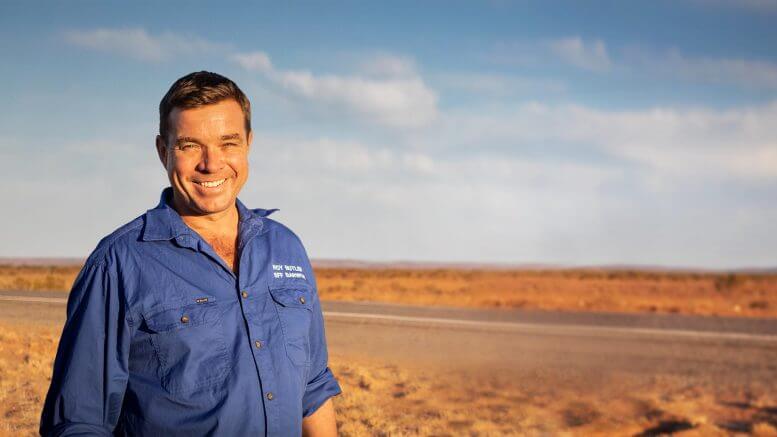 State Member for Barwon, Roy Butler, of which Condobolin and the Lachlan Shire are a part of, wrote to the Inquiry in an attempt to highlight the health care needs of his electorate.

“I write to regarding Portfolio Committee No.2 – Health’s Inquiry into health outcomes and access to health and hospital services in rural, regional and remote New South Wales,” he put in his cover letter to the Inquiry.

“The electorate of Barwon is unique in many ways, it is the largest electorate in the State by many hundreds of square kilometres, it has 13 Local Government Areas and the Unincorporated Area, 72 schools and 27 hospitals and multi-purpose services across 4 Local Health Districts.

“It is the state of these hospital services, that has kept me up at night – passionate, yet overworked staff, stripped back services, Ambo’s driving for hours to get people to a bigger centre and sadly the fact that some communities have lost faith that the hospital will be able to help them in their time of need.

“Twenty years ago, the average life expectancy of someone living in far western NSW was 80.2 years, compared to 78.2 in Sydney at the time.

“Data released by NSW Health in 2016 shows the scenario has now totally flipped, with people in Sydney likely to live to 85.3 while life expectancy for those in communities in Barwon has decreased to 78.8.

“The health system is one of the most monitored in the world, the decline in the health of people in rural, regional and remote NSW has been reported on, it is time the Government acted to reverse these statistics,” his letter concluded.

In his submission, he also wrote: The Australian Institute of Health and Welfare (AIHW) sums up the city country health divide by saying “All is not equal” in its review of Australia’s health. This report goes on to state that people living in rural and remote areas experience poorer health outcomes compared to people in major cities.”

“It would be totally unsatisfactory to the people I represent for this inquiry to produce a report that rehashes what they already know from their own experiences and that has already been presented to the Government through the sources outlined previously,” he went on to say.

“People in rural, regional and remote NSW are tired of the system seemingly neglecting their needs and putting the issue of appropriate health care in the ‘too hard basket’.

“Recommendations from this inquiry that propose, systemic, drastic change is the only satisfactory outcome. We are beyond tinkering on the edges. People in rural, regional and remote NSW understand that and have developed a deep understanding that the change that is required won’t be instantaneous and will take time to implement.

“What needs to change in the bush to achieve better health outcomes for people will not be a simple one sized fits all solution, and an answer won’t be found by looking at a checklist of the health services that are and aren’t available in a town, the problem is much broader than that.

“Health service planning in my opinion fails to see people, and the needs of people and how those plans will impact lives.

“I have met on a number of occasions senior bureaucrats in the Local Health Districts across Barwon to discuss health needs in my communities. Often it is me approaching them because my team has identified a demand for a service in a particular town.

“Take for instance the need for renal dialysis chairs, chemotherapy chairs, cardiac clinics, or more aged care beds. We’re often told they need to run the numbers and then that the demand isn’t high enough, the cost is too great. Now I understand that I have had to balance budgets before in the public sector, I understand the pressure.

“But I don’t see the budget pressures when it comes to health. I see a system that says we need 9 people in this community to need renal dialysis before we look to setting up a unit in the town, but we’ve only got 7 so they’ll have to keep loading themselves into the car 3 times a week, paying for fuel, spending hours on the road and a whole day out of town. Now is that a life well lived?

“We in the bush aren’t asking for a full trauma centre in every town, or large cancer centres every 100kms, but what we are asking for is the system to stop looking through a lens of ‘minimum numbers’ that are based on the metropolitan areas. The numbers in the bush will always balance out to be cost of delivery higher, number of users lower. But those users are people, and they have families.

“In the bush, we want to be able to have babies at our local hospital, because that’s where generations of our family were born. We want our kid’s growth and development checked on by someone we know and trust. We want health advice delivered to us in person not over a computer screen. We want our parents and grandparents to be able to live safely in their hometowns with access to doctors. We want our nurses to be able to go to work and be safe and supported. We want our paramedics to be not be burnt out by overtime.