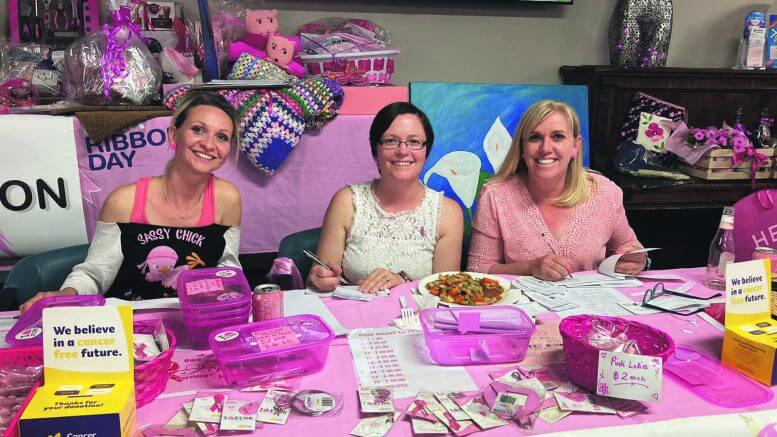 Selling raffle tickets, sweet treats and merchandise with the auction table in the back. The table was being run by (L-R) Lubka Prebendecik, Anne-Marie Taylor and Fiona Sanderson

Trundle’s Pink Ribbon Day was held on Saturday the 30th of October, at the Trundle Services and Citizens Club, and was a huge success!
This is the 6th year the event has happened, with each year being bigger and better. This was definitely the biggest year yet with the community raising $28,468.50 on the night.
This is a huge achievement for Carolyn Keep and Debbie Veal, the ladies that started the Fundraiser. The amount raised was nearly enough to push the total raised over the past 6 years to $100,000 but just missed by $560. However Carolyn and Debbie still have a donation page open which Carolyn stated may now have pushed the total funds raised over the $100,000 mark, which is a fantastic achievement for both Carolyn and Debbie, as well as Trundle and it’s community.
The night hosted a raffle as well as an auction for 25 amazing prizes. The raffle had over 60 prizes to be won, which proved to be very popular, as the bin for the raffle was jam packed full of tickets.
The auction was also very popular with the ability to get some amazing prizes. One of the biggest being a whole Holiday Package to Palm Cove. This alone raised $3,650. Some other popular items in the auction were a pure wool hand knitted jumper, which raised $500, and a Didgeridoo that raised $1,200.
Carolyn was shocked as some people were just donating money without the auction or raffles.
“People were just handing us donations, it was so amazing, people are so generous”, said Carolyn.
For dinner, the club’s Chinese food smorgasbord went down a treat, the Trundle Hotel team put on a barbecue as well. For entertainment, regional band ‘Box Monster’ proved an absolute hit and the crowd danced the night away. 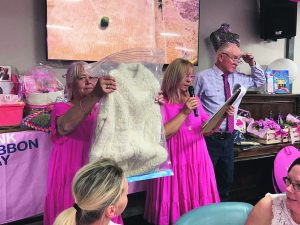 The pure wool, hand knitted jumper being auctioned off. This was sent in by Ken and Michelle Cupitt from Young. Ken grew the Merino wool, sheared the sheep and spun the wool for nearly 100 hours himself. It was them washed 3-4 times, then drying for up to 3 to 50 hours. It’s then put through the winder then finally delivered to Michelle’s 81 year old mum who lives in Sussex Inlet where it’s then knitted into a stunning jumper.The jumper raised $500. Images Contributed 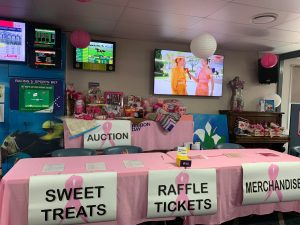 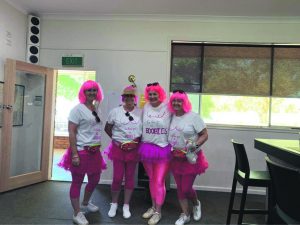 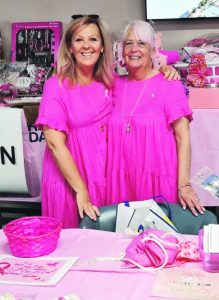 Carolyn Keep and Debbie Veal, the organisers of the ‘Pink Ribbon Day’ fundraiser. 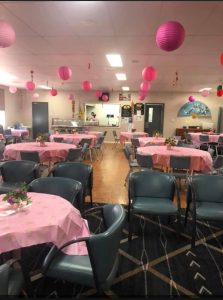 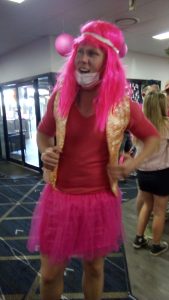 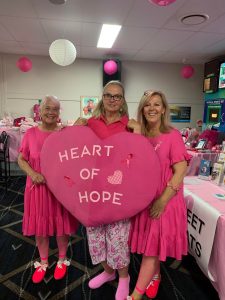 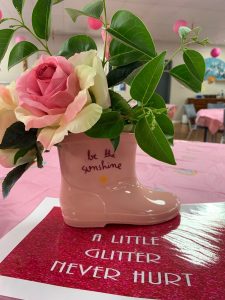 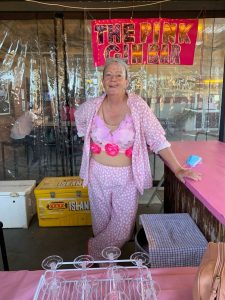 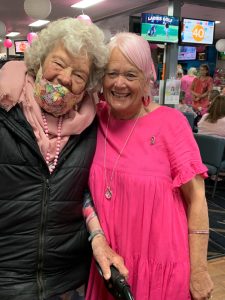 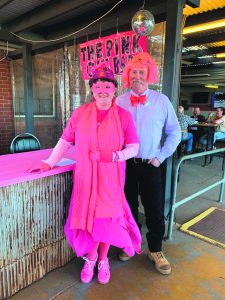