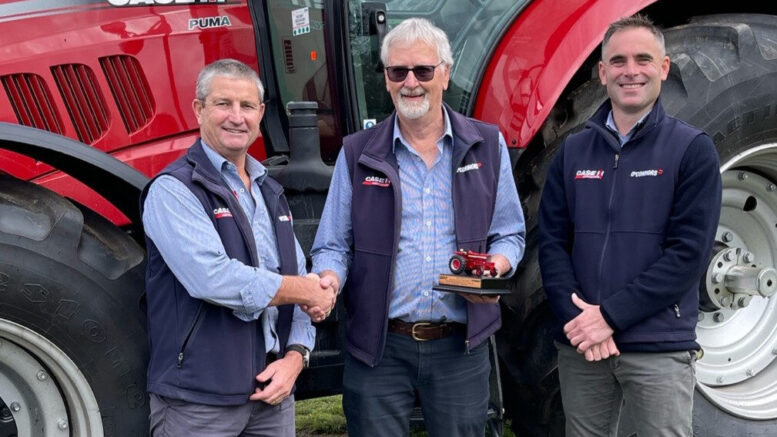 John Gould is marking a unique, and increasingly rare, career milestone.In a world where statistics tell us the average Australian today will change jobs as often as 12 times in their lifetime, West Wyalong’s John Gould’s achievement is pretty special.
This year John marks 50 years with the one Case IH agricultural machinery dealership in West Wyalong – its name may have changed a few times over those five decades, but the one thing that’s remained constant is John’s presence within the business.
He walked into International Harvester Co. ag dealership A Brissenden and Co. in West Wyalong’s main street as a 16-year-old in May 1972 to start work as a parts interpreter, initially catching the local school bus from the family property just out of town until he was old enough to get his licence.
In 1975 the business changed hands and became McClintock and Co, relocating to a bigger site on the outskirts of town in 1978. A year earlier, John took over as parts manager, a role he’s filled ever since, even through further changes to the business, including its sale to Case IH dealership O’Connors in February 2019. While the dealership was continuing to evolve, John remained the one constant, the witness to many dramatic changes in the industry throughout his career, including the transition to fully-automated systems.
“When I started, we recorded everything by hand, in a book. You’d look up the book for the parts, and then refer to the card system we used then. The card would tell you where to find the part, you’d collect it, write it down in a docket book and then price each part and add it all up. That’s the best thing about computers – you don’t have to cost every part and add it up manually anymore, and creating stock orders is so much easier,” John said.
He says when he walked into the business as a 16-year-old all those years ago, he couldn’t have foreseen the changes he would see in the ag machinery industry throughout his career.
The size of the machinery now is a stand-out for him.
“Back when I started, we were selling 12ft-wide harvesters that were pulled by a tractor – now we’re selling headers with 60-ft fronts. Tractors were 100 to 120hp and now they’re 500 or 600hp and you hardly have to steer them. I couldn’t have imagined that when I first started,” John said.
Now, with his years of experience and knowledge, John’s responsible for training up the new parts staff at the dealership, which these days includes three females, another indication of the evolution of the agricultural machinery industry. He can’t put a figure on it, but John says he’s trained up dozens of staff over the years.
Training new recruits is one of the things he says has kept him at the dealership for so long – that, and the customers he deals with on a day-to-day basis, many of whom today are the children of the customers he first dealt with as a teenage parts interpreter.
“I enjoy the contact with our customers, who you get to know so well, and there’s the satisfaction in getting them out of trouble when they need parts and keeping them going. That’s the job and I like achieving that goal,” John said. “And my colleagues, they keep me coming in every day. I’ve always found the job challenging because there’s always something new coming up – it never stays the same – there’s always somebody ringing up about something you haven’t heard of before.”
There are many things he’s proud of as he looks back on his career – including the securing of several parts distribution agreements that have benefitted the dealership and its customers – and he knows that 50 years in the one job is one of them.
“I think it’s a good achievement, and probably something that’s not going to continue with the way people chop and change jobs now. Fifty-year anniversaries are going to become a lot rarer,” John said.
He stepped down as parts manager in January of this year but while his retirement isn’t imminent, he thinks in the next few years he’ll decide it’s time to spend more time travelling with wife Kathleen and catching up with his four children and their families. Until then he’s happy to keep going to work and has some advice for young people about to embark on their career journey.
“Be enthusiastic and open to learning everything you can, and most important, just be willing to get in and have a go.” A CNH Industrial Press Release. 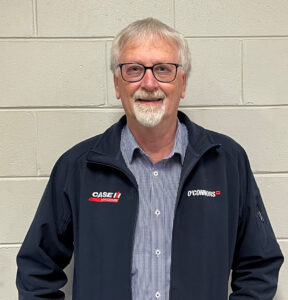