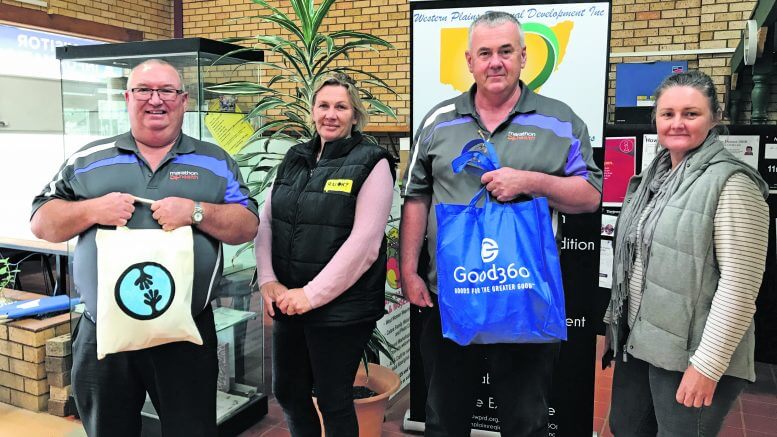 Rain, hail or shine, the show must go on!! The Marathon Health Wellbeing Program which was scheduled to hold its launch in Memorial Park on Wednesday 17th of March was moved to the High School COLA because of wet weather,

The launch was a resounding success, with over 100 people attending.

A great deal of effort was put in by Marathon Health Community Engagement Officer Ewen Jones who spent several weeks visiting other agencies and businesses to promote the program in the town.

Marathon Health is a registered charity and Ewen was very appreciative of the Lachlan Shire Council waiving the fees and charges for use of Memorial Park,

He was also blown away by the generous offer of Andrew Chamen, from Chamen’s IGA, to donate 200 sausages for the BBQ.

Ewen was also delighted to meet and involve Lee-Anne Denyer from the Condobolin Suicide Prevention Program, and Ralph Martin from The Condo Crew. Lee-Anne had a large amount of goods, including nappies, clothes, toiletries and cleaning products from Good 360, that she offered as giveaways at the Community BBQ. Ralph is a Minister, and is an advocate for looking after youth in the Condo community.

When Wednesday arrived, along with the rain Lee-Anne Denyer suggested we approach the High

School Principal to use the COLA. After a rather short and simple discussion, the approval was quickly granted to use the COLA for the Community BBQ.

The COLA has no power, so a generator was provided by Fire + Rescue NSW (FRNSW) 259 Station Condobolin, to run the PA system. A big thank you to Nathan Dodgson for running around to provide last minute items, including the generator, cooking gear etc.

Ralph Martin organised to use the CHS BBQ, and was quick to get it set up, and started cooking. Lee-Anne soon arrived with her Good 360 give aways, and we were off and running.

People started to arrive about 3:45pm, and the pressure was on the cooks – Ralph Martin, Ian Lanach and Clarissa Battye from the Bathurst office, and Tracey Lees from the Marathon Health Wagga office.

Otis Williams performed an acknowledgment to country in both the Wiradjuri and English languages, that was so very special.

LSC General Manager John Medcalf also welcomed everyone to the Community BBQ, and thanked Marathon Health for the service we provide to the Condobolin Community.

Despite the rain, and late change of venue, there were about 100 people who attended the Community BBQ.

Everyone took a sample bag home, that contained some helpful information from Legal Aid, “close the gap” wrist bands, pens and lanyards, information sheets and an application form for the Condobolin Wellbeing Program.

The winner of the guessing competition was Laralee, who guessed there were 157 lolly pops in the jar, being only 1 off – there were 158!!

The Condobolin Argus Newspaper attended and took some photos.

Due to us being too busy to take photos with some of our sponsors at the Community BBQ, Ian and I visited some of these generous people to say a personal thank you, and to take a photo with them. These included Otis Williams, Andrew Chamen, Ralph Martin, Lee-Anne Denyer and Ros Patton.

Ian and I were also privileged to be able to have a look at the amazing artwork being done by the ladies at the Shine Program. Our own Anita is an excellent artist!! 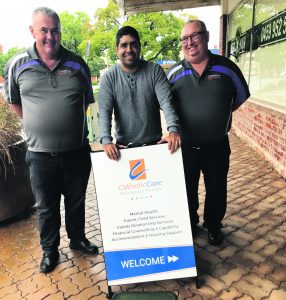 Ian Lanach, Otis Williams and Ewen Jones. Otis did the Welcome to Country for the launch. 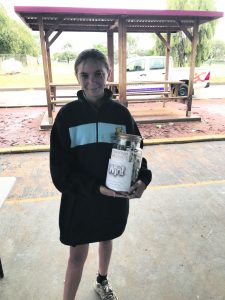 Laralee who was the winner of the guessing competition. Laralee guessed there were 157 lolly pops in the jar, being only 1 off – there were 158!!
Over 100 people attended the day to learn about the Wellbeing Program and enjoy a BBQ and fellowship.
Ewen Jones who organised the day was delighted in the response from other services and businesses who contributed to the day.
Image Credits: Ewen Jones. 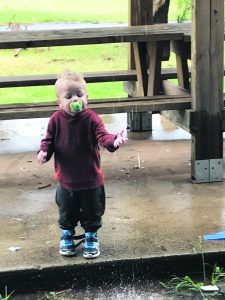 It’s cold and wet! Sampling the rain at the Community BBQ. Contributed 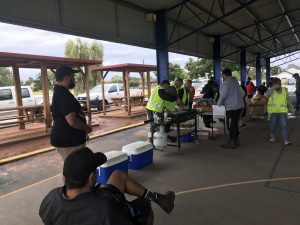 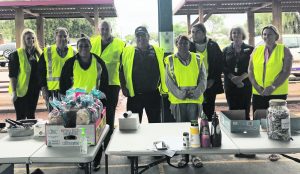 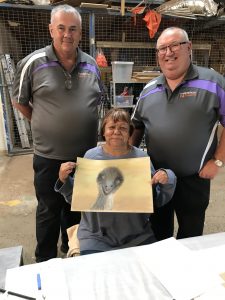 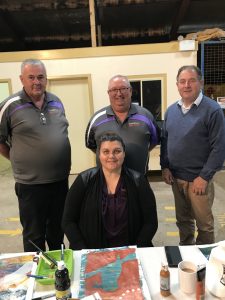 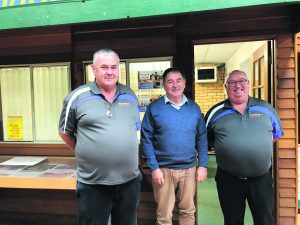 Ian Lanach and Ewen Jones visited Ralph Martin to say thanks for his involvement in the day. 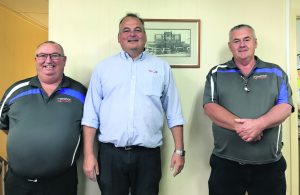