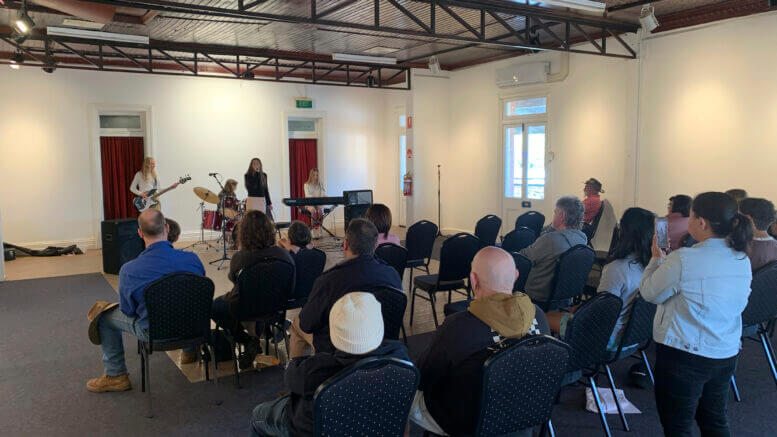 The Condo Live and Local event has been hailed a wonderful success.
It was held on Saturday 28 May and was enjoyed by the Condobolin community and visitors alike.
Local talent, along with talent from the Central West, performed across three great locations – the Condobolin Community Centre, The Imperial Hotel and The Red Cattle Dog Saloon from 11am to 9pm.
“It was great to see some local people give live performing a shot and hopefully this leads to them performing again in our local venues,” Jon Shillito, Lachlan Shire Council’s Director Environment, Tourism, Economic Development explained.
“It would be great to see others that have a musical interest decide to give live performing a go in the future.
“I would like to thank the fantastic assistance and the instrumental work of Patrick Coomey from Arts Out West who played a large part in bringing this event together but would also like to thank the Live Music Office and the Arts Council as well as the other members of the Working Party.
“It takes many people to bring events like these to the Shire and without their assistance the event would not have gone ahead.”
The success of the Condo Live and Local Event has also inspired an encore performance. The Condo Live and Local Encore “Sunday Sess” at the Condobolin Sports Club was held on Sunday, 19 June, from 10am.
The free performances included local talent as well as talent from around the Central West area. 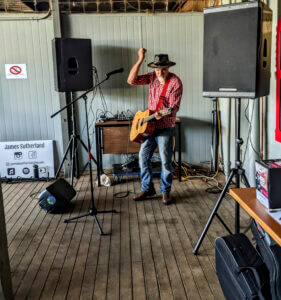 Adam Kerezsy thrilled the crowds at the Condo Live and Local event. Local talent performed at the Condobolin Community Centre, The Imperial Hotel and The Red Cattle Dog Saloon from 11am to 9pm. Image Credit: Lachlan Shire Council. 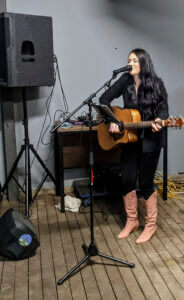