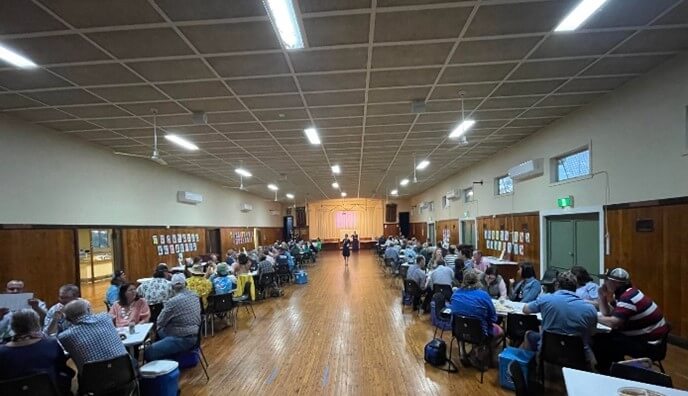 A huge crowd of over 100 people, seperated into 16 groups, attented the Trivia Nigh

On Saturday, 26th March 2022, the Tottenham Central School P&C hosted a fantastic Trivia Night at the Tottenham War Memorial Hall.
With 16 teams participating, and over 100 people in attendance, the evening was considered to be a great success by all.
The P&C committee was able to host this wonderful event largely with the help of funding from a Community Wellbeing Grant – Communities Recovering from Natural Disasters. The aim in applying for this grant was to support our Tottenham community by encouraging people to come together, to socialise, to let their hair down, and to also provide support to our local businesses. The committee recognises how important it is, now more than ever with Covid restrictions easing, to hold a social event for the parents, carers and community members who have, in the past, still currently do, or who will in the future, support the Tottenham Central School.
The funding for this event enabled the committee to source the delicious meal from various local suppliers including the Tottenham Foodworks, Screamin’ Beans café, Tottenham Hotel and Lisa Fishpool’s Sweets by Lisa. The grant also enabled the P&C to purchase a new barbeque (used on the night to cook the kebabs) which will be put to much use at the school in the future.
The Winning team on the night was named “Doug’s Always Late” and consisted of Denis and Kristy Weston, Doug and Megan Holmes, Kath and Richie Harley, Kate Lees and Peter Baldwinson. The winning team won 8x $100 vouchers to various local businesses.
Other competitions on the night included the Highest Marshmallow and Spaghetti Building Competition and the Coin Roll to the Bottle.
The P&C thanks everyone who attended the evening to make it such a wonderful community event – and also helped to raise over $2000 to benefit the students of Tottenham Central School.
Story and Images contributed by Christina Baldwinson. 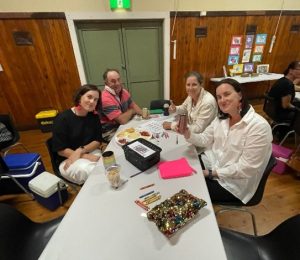 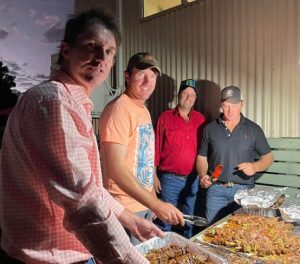 Peter Baldwinson, Tony Baldwinson, Jeff Larkings and Paul Medcalf cooking kebabs on the new P&C barbeque that was purchased with help from the grant. 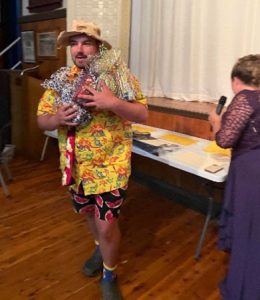 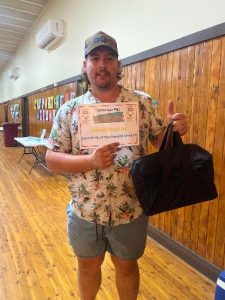 Ethan Bennett-Brown, winner of the $100 Central West Mechanical Services voucher in one of the Lucky Seat Draws. 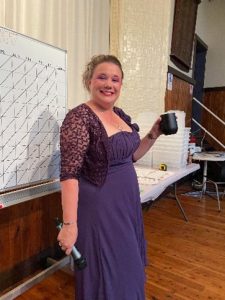