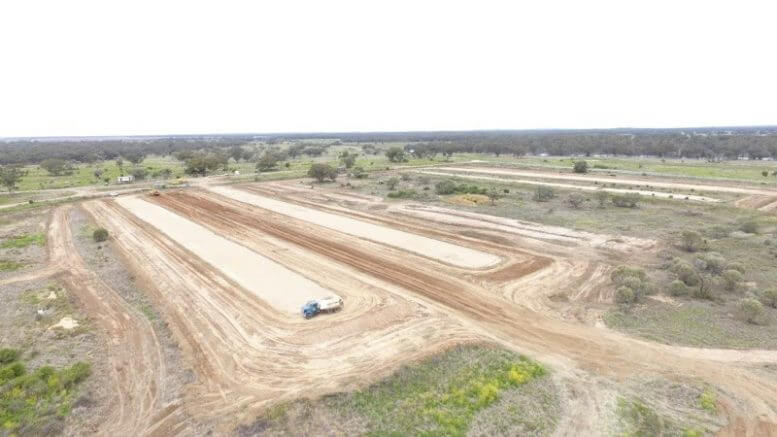 Works have been undertaken to ready Kiacatoo Silos for the 2021 harvest season. There will be four bunkers on site at Kiacatoo which will hold around 80,000 tonnes and the shed will also add another 20,000 tonnes for growers to utilise. Image Credit: GrainCorp.

Kiacatoo Silos will be open for the 2021 harvest season after a seven-year hiatus.

However, only wheat will be received at the site. All other grain deliveries will have to be taken to Condobolin.

GrainCorp has made a significant investment in the facility, making it a true ‘flex site’ for the company.

This will mean and extra 100,000 tonnes of capacity for the local area in conjunction with the 300,000 tonnes available at the Condobolin GrainCorp site.

“Kiacatoo will be a ‘flex site’. It will be set up so we can run it year in year out. Obviously, we have the shed there which is a great asset as well and the ability to load rail. It is a true ‘flex site’ for GrainCorp,” Senior Supply Chain Manager South Craig Cochrane explained.

“In medium to big years we will run that site and in quieter years it won’t be needed. Great for the growers as in big years they don’t have to worry about storage because we will have extra availability and we will be able to call on ‘flex up’.

There will be four bunkers on site at Kiacatoo which will hold around 80,000 tonnes and the shed will also add another 20,000 tonnes for growers to utilise.

According to Mr Cochrane, Kiacatoo was a logical site for GrainCorp to invest in.

“Obviously, it was a big year up in the Condobolin area last year and Kiacatoo was a logical choice for us,” he said.

“It is a big year on the back of a big year and growers have been talking to us for some time about re-opening Kiacatoo Silos.

“It was about what we could do efficiently to get more storage into the network.

“We would have loved to be able to add an extra 100,000 tonnes storage at Condobolin but growth options at that site are not ideal at the moment. The area is landlocked being located in town whereas at Kiacatoo is in a great spot.

“Condo is a very big site, and it was right at the line of capacity last year. It was certainly challenging.”

Works are already underway to get the Kiacatoo Silos ready for receivals at harvest time.

“GrainCorp is putting in a new weigh bridge and refurbing the sample stand so growers will be able to deliver straight to site,” Mr Cochrane stated.

“They will be sampled on site, weighed on site, tipped on site and weigh out on site so they do not have to travel to Condo to unload at all.

“This will help with growers that come in from the west. This will enable them to have a shorter and more efficient turnaround to get trucks back to the headers as quickly as possible. This is a win/win situation as it will also help with truck turnaround times at Condobolin.

“There were traffic flow issues at the site, but we have now resolved those. Improved traffic flow means trucks will be able to get in and out more efficiently.

“The site will definitely be ready for harvest and the shed is ready to go now. So, we already have capability to receive grain at that (Kiacatoo) site.”

Growers are reminded that COVID-19 safe practices will be in place at Kiacatoo.

“Exactly the same processes will be in place at Kiacatoo as they are as at Condobolin,” Mr Cochrane advised.

“QR Codes will be in place at the sample stand, growers/truck drivers will have to QR Code in.

“It will be paperless – growers won’t be allowed in the sample stand. They will get their tickets and paperwork from the bottom of the stairs.

“There will be a designated table where samples can be dropped off with a QR Code of its own for growers to use when they drop samples off. That will all be contactless as well.

“They will deliver on site and no contracts will be done on site – it will all go into warehousing then growers will decide what they want to do on Crop Connect or other GrainCorp platforms after that.”

Around 75 casuals and permanent staff will keep the Kiacatoo and Condobolin sites running during the harvest period. 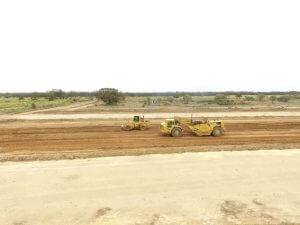 Works have been undertaken to ready Kiacatoo Silos for the 2021 harvest season. There will be four bunkers on site at Kiacatoo which will hold around 80,000 tonnes and the shed will also add another 20,000 tonnes for growers to utilise. Image Credit: GrainCorp.