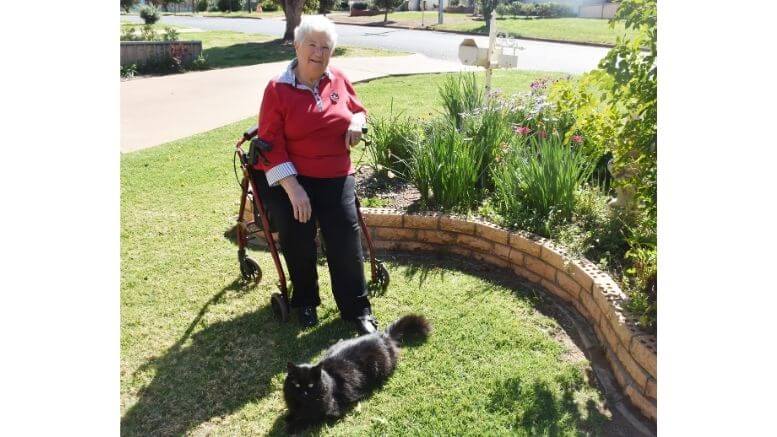 Posted By: The Condobolin Argus September 23, 2020

The Kiacatoo CWA has reached a magnificent milestone.

It celebrated turning 75 with a High Tea at Kiacatoo Hall on Tuesday, 1 September.

The history of the Kiacatoo CWA is embedded in the community, with locals holding many fond memories of the organisation.

A long standing member, Margaret Doyle, has had an association with Kiacatoo since she was eight-years-old.

“I went with my Mother, and was joined up as a junior member along with Joan Watson,” she explained.

“You had to be under 18 to be a junior member and it cost two shillings to join.

“I remember having meetings on the banks of the Lachlan River on what was called the Picnic Ground (beach type area behind Kiacatoo Hall). There were lots of meetings held there, especially in the summer time.

“The children would play and swim, while members conducted their meetings. I would sometimes light the billy for tea.

“They also held their Christmas Tree event there as well. Someone would bring a pine tree and it would be decorated. Then presents were given out. Then the beautiful sponge cakes and jellies would come out.

“There were many local families who were involved in the Kiacatoo CWA, so it was a chance to catch up and interact with other families.”

This is why even when Mrs Doyle moved away, and there wasn’t a CWA Branch in the Nymagee/Cobar area, she decided to create one.

“I was there in the area for a couple of years, and it was hard to meet people. There was a few newcomers in the area, and I thought it would be good to have our own group. They came from Walgett and Bourke. They didn’t know each other and I wanted the families to get together and have a support network. People said I was missing my CWA, so I should start one. So I created the Burthong Branch which is still going.”

Mrs Doyle encouraged others to join organisations such as the Kiacatoo CWA Branch.

“The best thing about being in the CWA is the companionship and the friendships you make. It’s not just about making cakes or knitting. But you can learn those skills if you want. You make lifelong friends.”