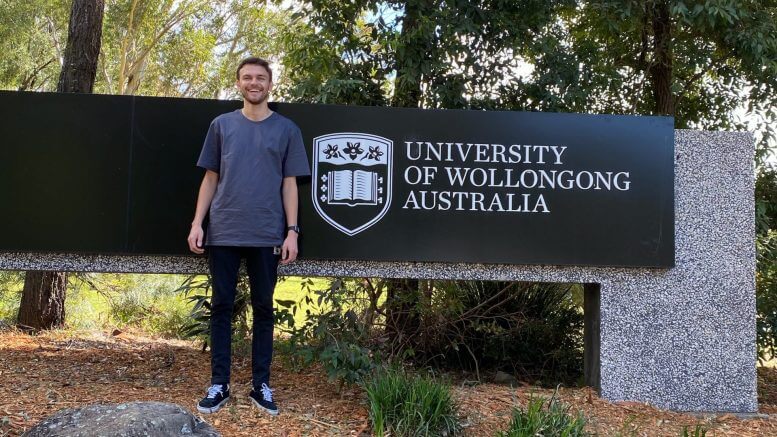 Condobolin’s Kerrod Griffiths always had a dream of attending University.

He admits he may not have been academically minded, but he yearned to be part of higher learning education and broaden his horizons.

And by being determined and committed, that is exactly what he did.

The young Indigenous man was the recipient of a Wiradjuri Condobolin Corporation (WCC)-Evolution scholarship in 2016 and chose to do his studies at Wollongong University, 600 kilometres from his hometown.

The early days of Mr Griffiths venture proved to be challenging for both himself and his parents, who he said helped him reach graduation in 2020.

“I enrolled in a Bachelor of Exercise Science and assumed I would be able to manage four subjects per semester. This was a steep learning curve, as university life and study was far removed from anything I had ever experienced,” Mr Griffiths explained. “There is no other way to explain it, but I struggled with being away from country, missing my family and battling to pass my courses.

“I also had the pressure of being a recipient of a scholarship and was concerned I would let [WCC and Evolution] down.”

Yet despite difficulties with homesickness and isolation, Mr Griffiths was able to achieve something he “had always aspired to”.

He said the help and support from his parents and his mentor from Parkes, as well as a desire to complete his studies, became the driving force for him to soldier on.

“My mum was a tower of strength, offering help in a way that only mothers can,” Mr Griffiths stated.

“The scholarship assisted me by covering accommodation and living expenses leaving me to only worry about studies.

“I didn’t live like a king, but I survived.”