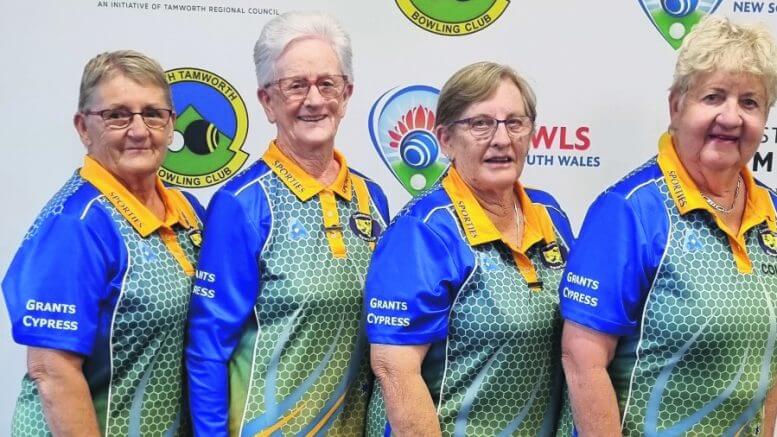 Condobolin Ladies Bowls
Saturday 26th March the Kath West Memorial Triples were played over two rounds of twelve ends.
First round games, Joanne Thorpe, Danielle Thompson and Pam Nicholl were winners over Rachel Bendall, Beryl Field and Judy Johnson.
Janelle Taylor, Colleen Helyar and Pauleen Dimos were winners over Glynis Reynolds, Yvonne Johnson and Jenny Tickle.
After a short fifteen minute break for players to refresh the second round was played.
Glynis Reynolds, Yvonne Johnson and Jenny Tickle defeated Rachel Bendall, Beryl Field and Judy Johnson to finish Runners-up in the Kath West Memorial Triples.
Janelle Taylor, Colleen Helyar and Pauleen Dimos defeated Joanne Thorpe, Danielle Thompson and Pam Nicholl to claim the winners Trophy of the Kath West Memorial Triples.
At the conclusion of the days play a delicious hot and cold smorgasbord was provided by the family of Kath West and beautifully prepared by Vince in the Sports Club kitchen.
Our Executives, Selection and Match Committees would like to whole heartedly thank all ladies that played, all the substitutes that allowed this event to be run, and most importantly the family of Kath West for their unconditional support to our Club over the years.
Members are reminded that our April meeting will be held Wednesday 20th April which is the third Wednesday of the month, commencing at 6.00pm.
Last week our Senior Fours Region 10 Finalist travelled to South Tamworth to compete in the NSW Womens Bowls Championships. Our team of Colleen Helyar, Judy Johnson, Pam Nicholl and Pauleen Dimos went down narrowly to Muswellbrook, in the round of sixteen finalists. The team would like to sincerely thank all, for the wonderful support that they received from their club, friends and families.
On the draw for Social bowls, Thursday 14th April are Janelle Taylor and Yvonne Johnson. Players please note that it’s now names in by 9.30am, play commences 10.00am.
Get well wishes to those on the sick list and good bowling to all.
Keep Safe
HALF NIP 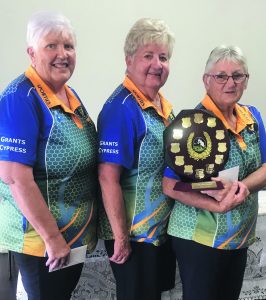