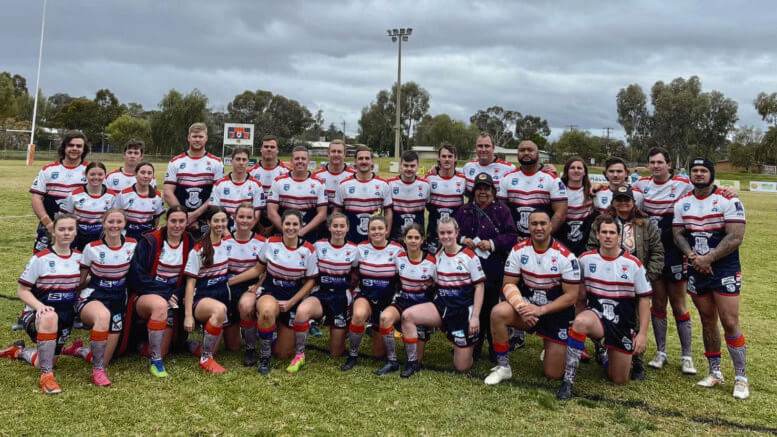 A chilly but epic day was had by all on Saturday 2nd July at Tom Knight Memorial Oval!
Saturday marked our first ever Indigenous round for Cobar Roosters. It was bittersweet as our first should have been many years ago, however, better late than never!
We were blessed with our wonderful and very talented youngen Aisha Schofield who generously donated her time to design our Indigenous round socks, which were then given to all run on players. You should be so proud of yourself Aish!!
We had a guest Indigenous elder Elaine Ohlsen who gave a Welcome to Country and Jodi McCabe taking photos. Thankyou for your time ladies, we appreciate it!
Despite the cold, our ladies league tag team ran out eager and confident to play. The score was kept at nil all for the first 15 minutes until our girl Aisha Schofield opened the scoring. Gulgong responded with a few tries. Bri Watto put another 4 up for us but unfortunately the points didn’t match the girls efforts. Well done to two new girls today, Phoebe Pursehouse and Alice Prince.
The final score was 22-8 Gulgong’s way.
3 points – Sarah Morley
2 points and players player – Sophie Clark
1 point – Phoebe Pursehouse
The First Grade game started off as a very even arm wrestle. Our boys showed continuity and confidence when defending, with the score remaining low in points for the first half. The weather heavily influenced the second half, with the rain playing havoc on ball control and possession. The two second half tries to Cobar put the game beyond doubt with a late consolation try to Gulgong. The final score was 24-16 Cobar’s way.
3 points and players player- Tim Hillam
2 points – Tristan Everett
1 point – Zane Taylor
Well done Gulgong and thankyou for travelling out for a great day! Also want to give a big shoutout to Gulgong’s #1 Ethan Pegus for his sportsmanship today. Great work mate, we love to see it. 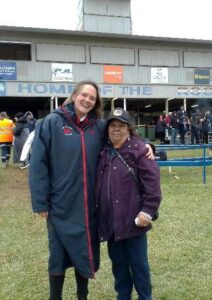