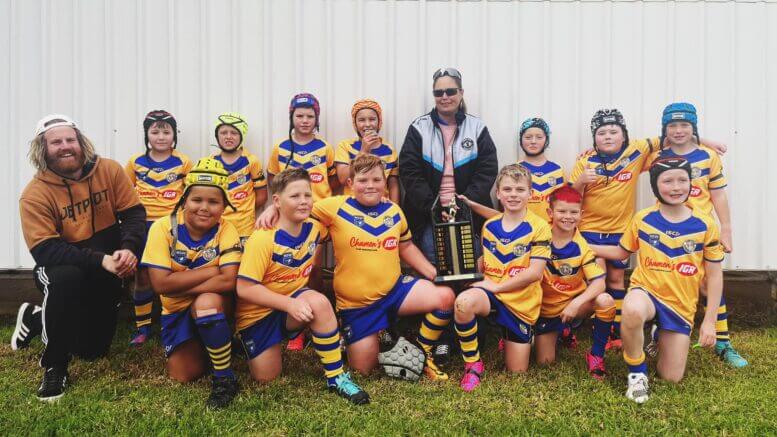 Condobolin Under 10s Gold Junior Rugby League team travelled to Parkes to play in the Malcolm Buerckner Memorial Game on 4 June. The team showed determination and skills to win the trophy for the first time since the Memorial Game began. “Malcolm grew up in Condo and played his junior footy for Condobolin Rams JRL. He then went onto play for Condo Rams senior league. He was lucky enough to win a Reserve Grade Premiership with the Rams in 1987,” a post on the Condobolin JRL Official Facebook Page read. “Once Malcolm had a son of his own, he became involved in Parkes Marist JRL. He took on many roles including coaching the Under 10s side. “Sometimes life takes a tragic turn. “This is what happened to Malcolm Buerckner, who tragically lost his life in 2006. “Since that time, Malcolm’s memory has been kept alive by the annual Malcolm Buerckner memorial game. “Thanks to Parkes for honouring a Condo junior,” the post concluded.