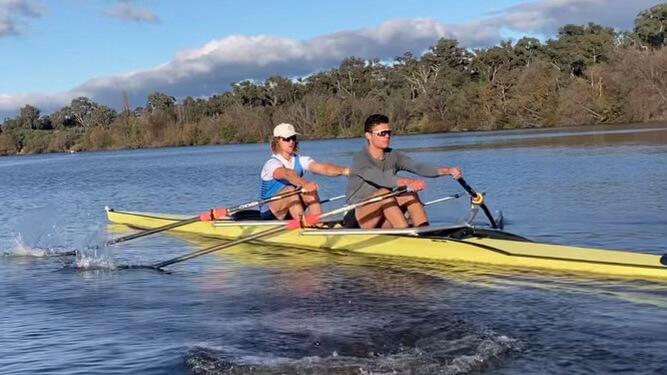 Condobolin’s Harry Crouch has been selected in the 2022 Australian Under 23 Rowing Team to complete in the World Championships in Italy during July.
The following is an article written by Lucy Kirk and published on the Western Plains App. The article has been re-published in the Condobolin Argus with permission.

Condobolin local, Harry Crouch, has been selected to represent Australia at a combined World Rowing Championship event in Varese, Italy from 25 – 31 July.
After a rigorous selection process, Harry was asked to represent Australia in the Under 23 Men’s Double Scull with UTS Haberfield Rower, Alexander Wood.
“Selectors keep a close eye on your performance at both State and National Championships throughout the year, and then invite chosen athletes to the international trials,” said Harry.
However, the World Championships in Italy will not be the first time Harry has been handpicked to compete on an international stage.
In 2017 he finished second in the B Final of the U19 Quadruple Scull at the World Championships in Vilnius, Lithuania. In 2019 he was selected again in the U23 team and competed in the World Championships in Sarasota, Miami USA, finishing eighth in the A Final of the Men’s Eight. And, in 2018 Harry had the privilege of being selected in the Quadruple Scull to compete at the Royal Henley Regatta in England finishing in third place.
Last year took a disappointing turn, however, as COVID restrictions prevented his team from travelling to the World Championships in Racice, Czech Republic. Instead, the team participated in the World Rowing Cup 3 Simulation Regatta in Adelaide.
After a strenuous season full of injuries and interruptions due to COVID, Harry says he is very much looking forward to Italy.
“Rowing pushes you to your absolute limits so I’m very keen to get back overseas to see how far we’ve come.” said Harry.
“Last year was really disappointing and after the disrupted season I’ve had I’m really excited to compete in something I’ve been working hard towards for the last couple years”.
This season, Harry fought some impressive battles at both the State and National Championships, securing two bronze medals for both the Men’s Under 23 Double Scull and the Men’s Elite Quadruple Scull as well as a Silver medal in the Men’s Elite Eight at the State Championships in February.
The National Championships saw him take home another Bronze medal for the Double Scull and a Gold for the Open Men’s Quadruple Scull Sprint.
Harry has been training hard with the Sydney Rowing Club throughout the season and is thankful to be travelling overseas with a large squad that includes both Men’s and Women’s teams in the U19, U21 and U23 age groups.
Harry says that being asked to compete for Australia at the World Championships is always his ultimate goal in every season and it means the world to him to have his family and friends back home cheering him on every step of the way. 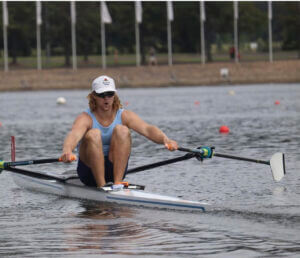 Harry Crouch in the bow (back) with doubles partner Alex Wood. Image Contributed.