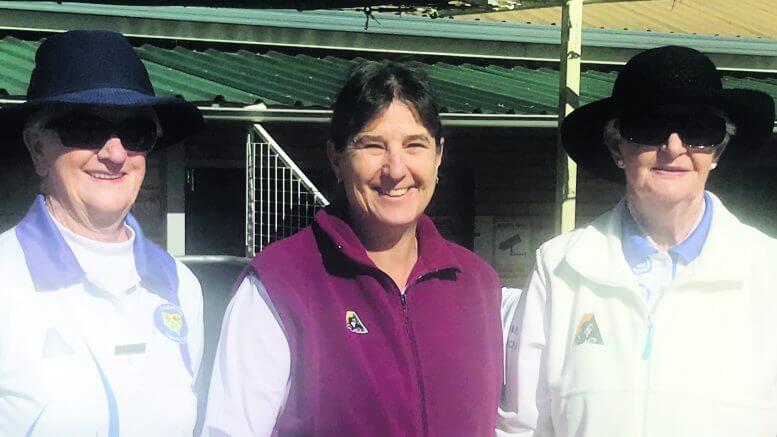 Thursday 27th May, only four ladies turned up for a game of bowls. Liz Goodsell, Beryl Fields, Colleen Helyar, and Yvonne Johnson. Scribe could not find a card to report results of game or any yard sticks scored.

Friday 28th May, the second semi final of the Major Singles was played between Marilyn Seton and Pauleen Dimos. This game, as expected, was close from start to finish, only one or two shots between them for over thirty ends of bowls. Marilyn lead most of the match and was the first player to have one shot needed for a win, Pauleen was on 22, then scored three shots in the next end, Pauleen, taking the match 25-24. Thank you to President Colleen for marking this match.

Saturday 29th May, Wendy Ryan defeated Margaret Dopper in a round of Handicap Singles, 31-21. Thank you to Marilyn Seton for marking this match.

Players competing in the Handicap Singles are reminded that this event is the first to 31, not 25 as other single events, and the differences in players handicap is adjusted before the game commence ie one player will start minus unless both players have the same Handicap.

The final of 2021 Major Singles Championships was played Saturday afternoon between Danielle Thompson and Pauleen Dimos. Danielle had produced perfect bowls to win her previous matches and her bowls in this match were no different. Pauleen! well her recent successes at District and Regional levels were encouraging, and this match was one not to miss. Danielle started the better, drawing perfectly, even when her opponent had the shot, Danielle would managed to take it away. As the game when on, Danielle’s lead increased, Pauleen, at times would pull Danielle’s lead back to be a couple of shots, but Danielle wasn’t going to be denied this match, her reward for her consistent display of great bowls, was to win the 2021 Major Singles Championship, 25-17, over the 2020 Major Singles Champion Pauleen.

Congratulations Danielle, commiserations Pauleen. The crowd of spectators that had gathered on the Sports Club verandah to watch this match were entertained from start to finish. Players thanking them all for their support.

Sunday 30th May, another great morning of bowls, the Final of the 2021 Southern Slopes District Singles was played between Condo Sports Club’s, Pam Nicholl and Temora’s Exies, Tanya Chaffey at Lake Cargelligo’s Sports Club. B

Pam and Tanya took it in turn to win ends, calling on the Marker, Margaret McCarten to give answers to who was holding shot. At times the Umpire was called, using more precise instruments to decide the shot, looking for anything thinner then a sheet of paper to decide the end.

Congratulations to both ladies for a great game of bowls and sportsmanship. Tanya taking her first District title, to win 25-19. Tanya now goes to Regional Singles Play-Off in Young on 9th & 10th June 2021, all our best wishes for a successful play-off.

Thanks to Lake Cargelligo’s President Margaret for marking this final, and the supporters for their appreciation of great bowls.

Our “break a leg” shout out this week to our 2021 District Senior Pairs, Pauleen Dimos and Pam Nicholl who are off to compete in the Regional Play-Offs at Cootamundra Country, this Wednesday and Thursday, hoping to bring another 2021 Regional title back to Condo.

On the draw for Social bowls Thursday 3rd are Margaret Dopper and Colleen Helyar. 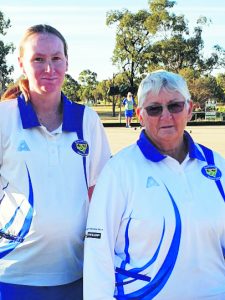