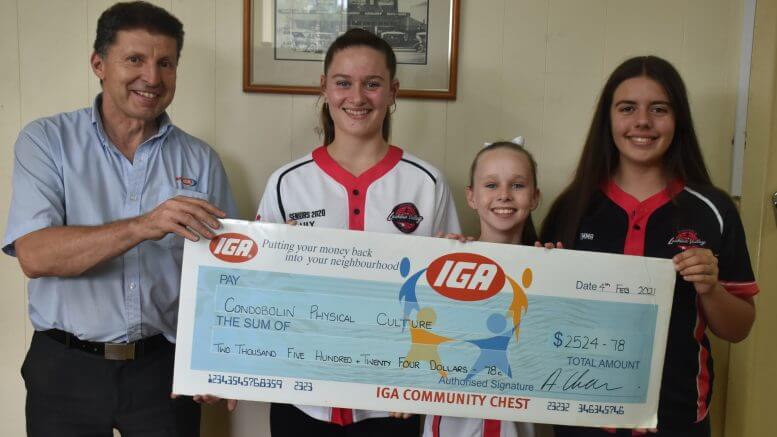 Chamen’s Supa IGA has given $2,524.78 to Lachlan Valley United Physie as part of their Community Chest program.

The money is raised in a number of ways but predominately through the purchase of products with an IGA Community Chest logo on the label or ticket.

Chamen’s Supa IGA has donated an amazing $20,528.77 to local community organisations over the last five years.

Lachlan Valley United Physie will use the funds to make further improvements to the Condobolin Tennis Club (Hall), which they utilise for practice sessions.

They have already made a number of improvements to the Condobolin Tennis Club including installing two split system air conditioners, painting the annex of the larger hall, fixing up holes in walls, and insulating the roof.

Lachlan Valley United Physie are intent on continuing their commitment to the Hall, with plans to make even further improvements to the facility including painting the inside of the building, installing mirrors, screen doors, and better lighting.

“These improvements are only made possible by donations such as the community chest grant that we have just been awarded.”