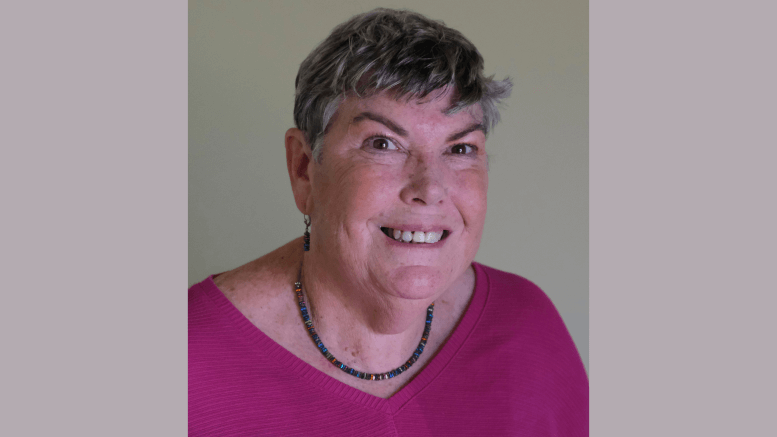 Donna Burton is the Lachlan Shire Australia Day Ambassador for 2022. Full List of nominees were posted on the 29th Dec. Image Contributed.

Donna Burton has been announced as the Lachlan Shire Australia Day Ambassador for 2022.

Donna is an astronomer and science communicator who is passionate about astronomy and has made it her life’s work.

Recognised for being the first Australian woman to discover two comets, Donna is a popular speaker. She shares her knowledge and ancient stories of the sky to inspire and enthuse any audience.

As Lachlan Shire Australia Day Ambassador, Donna will join the Mayor to present the 2022 NSW Local Citizen of the Year Awards at the Lake Cargelligo Sail and Power Boat Club on Australia Day Wednesday 26 January 2022 before traveling to the Tullibigeal and Burcher Australia Day celebrations later in the day.

Following the Award ceremony, Donna will join the Federal Member for Parkes the Hon. Mark Coulton MP and the Mayor to officially open the Lake Cargelligo Pool amenities block at 11am.

Donna is known affectionately as Donna the Astronomer, she is dedicated to engaging people, particularly children, in the wonder and mystery of the night sky.

Working out of the Milroy Observatory in Coonabarabran, NSW, Donna introduces local residents and tourists to the area to constellations, planets, and stars through her Star Gazing Show.

She employs a keen young team who share her passion and enthusiasm for the night sky. Growing up in the Aussie bush, Donna fell in love with the sky at an early age.

She has been a speaker for schools, amateur astronomy gatherings, Astrofests, seniors’ groups, and even a guest lecturer on several Princess Ships and other cruise lines.

Although life has not always been easy for Donna as the daughter of a drover, she fell in love with the sky, which became the one constant in her life.

Her belief is that we all share the same sky and no matter where or who we are – we can go out at night and know that others are looking up at the same wonders.

She loves teaching, writing, and undertaking research. In 2010, NASA’s WISE spacecraft took a picture of a comet Donna discovered three years previously – announcing to the world that “ANU Astronomer, Donna Burton was the first Australian woman to discover a comet.”

This was, in fact, the second comet discovered by Donna. Donna was honoured to be featured as one of the Legends of the Bush in the 2019 RM Williams Great Australian magazine.

In 2021, she was featured in a beautiful book ‘Classic Agenda Heroes’.