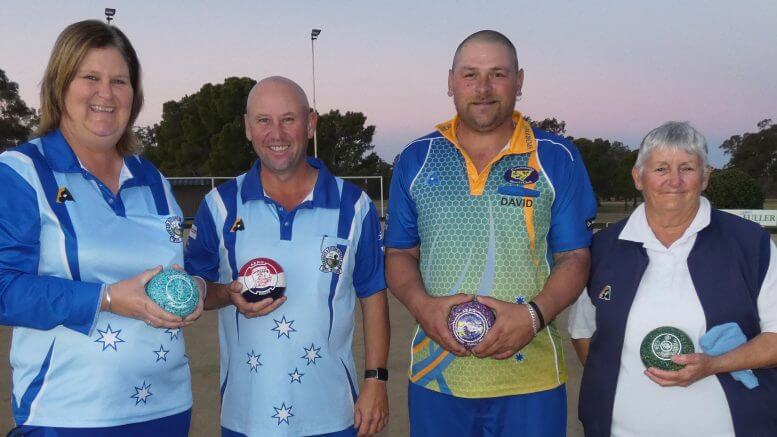 Social bowls Thursday 20th May, five ladies played a game of Triples with Judy Johnson leading for both sides. A great game, with no defeated players, Judy, Liz Goodsell, and Beryl Field had a 14-14 draw with Judy, Janelle Taylor and Colleen Helyar. Congratulations to Janelle on her two yard sticks.

It was great to have a number of supporters, encouraging both players and reaping the rewards of a good game, the score was no indication of this match.

One Semi final of the Major Singles was played Monday 24th between Danielle Thompson and Pam Nicholl. What a game, Danielle won the first end, then both players won ends alternating from start to finish. Turn the lights on Michael, play continued into evening. Danielle scoring one shot in the last end to defeat Pam 25-24. Danielle into the final of the 2021 Major Club Singles. The remaining Semi final of the Major Singles is between Marilyn Seton and Pauleen Dimos, play or forfeit on or before Saturday 29th May. Danielle waiting to see who will be the next to play. The final of this event to be played on or before Saturday 12th June.

Saturday and Sunday 22nd and 23rd, SSDWBA Mixed Pairs were played at West Wyalong S&C Club. Congratulations to David Carter (Jnr) and Pauleen Dimos who, after a fifteen team sectional play of four bowl pairs by fifteen ends on Saturday, qualified in the top eight teams to return on Sunday.

Fiona and Tony qualify for the Mixed Pairs Regional Play-Offs to be held at Ariah Park on the June long weekend.