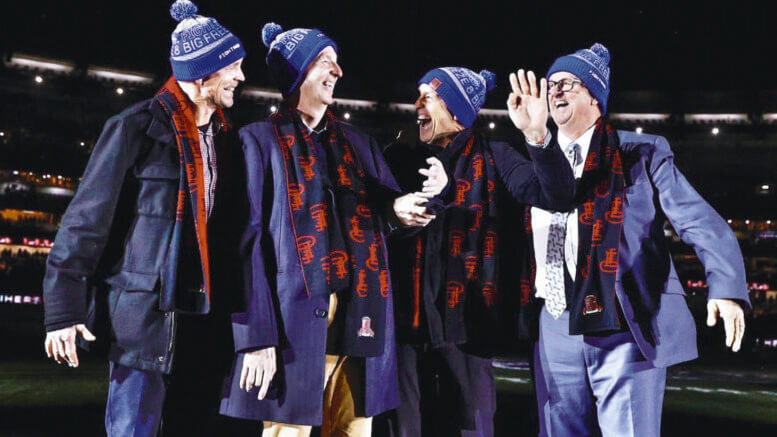 Terry, Neale, Chris and Anthony Daniher, who are originally from Ungarie, were part of the Essendon Football Club 150 year celebrations at Melbourne Park on Saturday, 11 June. Touted as an ‘Extravaganza Weekend’, the historic 150-year anniversary was marked with a series of events surrounding the blockbuster game against old rival Carlton in round 13 of the AFL competition. The weekend kicked off at their spiritual home, Windy Hill, and was an extravaganza for Dons and footballing fans alike. Across three days from June 9 to 11, the Bombers hosted a range of events to connect fans, giving everyone the opportunity to immerse themselves and honour Essendon’s rich history. The Bombers hosted their 150th Year Gala event on Saturday, June 11 at Melbourne Park. This event had the single-most amount of Essendon people – including past players and staff – in the one room to countdown the top-five moments from the club’s 150 years, as voted by the fans. Image Credit: Michael Willson via the Neale Daniher Facebook Page.