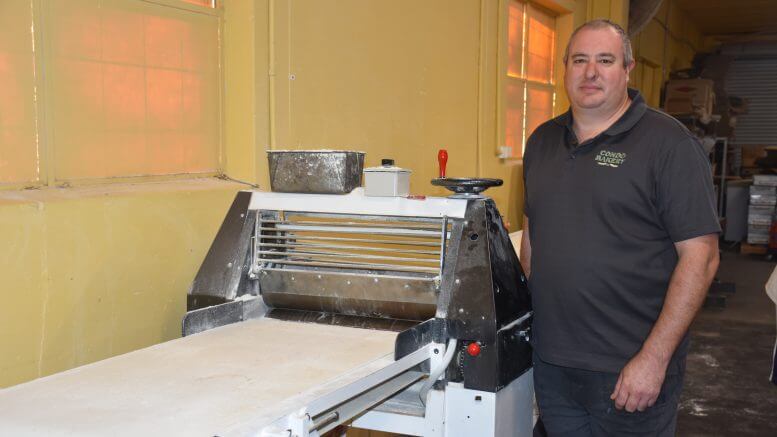 Condobolin’s own Ben Fitzgerald from the Condo Bakery will feature on episode one of The Food Dude, which is aiming to promote regional businesses to the rest of Australia. Image Credit: Melissa Blewitt.

Condobolin’s own Ben Fitzgerald from the Condo Bakery will feature on episode one of The Food Dude, who is intent on showcasing regional businesses to the rest of Australia.

In the episode, the Food Dude, catches up with Ben and his team, where they explain the business’s reputation, history and a little about how the building appears to be haunted.

Ben and his team are understandably excited to be part of a program which is aiming to promote rural and regional businesses to a wider audience.

“It was really good to be able to promote the Bakery and all of the goods we offer,” he said. “We make good products like so many regional businesses, and it’s great to be able to showcase that to the rest of the country.

“People enjoy our products and they are all made locally. Having people know about our Bakery and if it brings tourists to town then that is a positive for the town.

“Anything to get the message out there about local products is a positive thing. If this program can drive tourism to regional places like ours then that is a positive outcome.

“We also discussed how the Bakery is haunted. We all think it is Mrs Willis. The crew found that bit of history fascinating.”

However, in the beginning, Ben and his team were unsure about appearing on a television show.

“It was pretty much they called one day and were here the next,” Ben said. “We had been through three years of drought and then COVID-19. “We had done it tough like a lot of businesses and we didn’t want the sole focus to be about that. “But our fears were quickly put aside, as The Food Dude is about getting people to travel to towns like Condobolin and enjoy what they have to offer.”

While at the Bakery, The Food Dude team tried a number of products for the ‘Pie Guy’, a recurring segment on the show, as they try to find the best pies in Australia. These products included the locally sourced Outback Lamb (meat from Tullamore) and the famous Lasagne Pie.

According to a number of insiders on the show, the cast and crew consumed more than their fair share of pies while they visited and focussed on the Condo Bakery.

“They tried a number of Condo Bakery creations,” Ben said. “They had a BBQ pie, a chunky cheese and bacon, and even a plain one. The Lasagne Pie was a real talking point.

“The Condo Bakery is real people making real food from the heart – I hope people recognise the effort put in by small business owners in small county areas and make the effort to discover them on their touring journeys.”

Alo Baker, is the Executive Producer/Host of the upcoming TV series, and is excited to be bringing some of the best regional businesses to the small screen, so a national audience can see just how wonderful they are.

“The Food Dude is all about showcasing people from all over Australia and what makes their businesses special,” he explained.

“Our aim is to give back to local communities in the midst of what has been a rough few years from drought, bushfire, and obviously COVID-19 lockdowns by getting people to spend money in these local businesses once again.

“Although this might look like a food challenge series it’s more about the little guys in regional business.

“By airing this series, we are hoping to help gain tourism into our regional areas but also showing off what us country folk are capable of to the nation.”

The series is an eight episode (half hour) series airing on 7Mate from 27 March, 2021 or on the 7Plus App anytime after that. 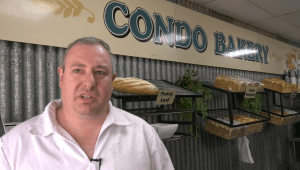 Ben Fitzgerald from the Condo Bakery discussing the business’s reputation, history and a little about how the building appears to be haunted on The Food Dude. The series will air on 7Mate from 27 March, 2021. Image Credit: The Food Dude.