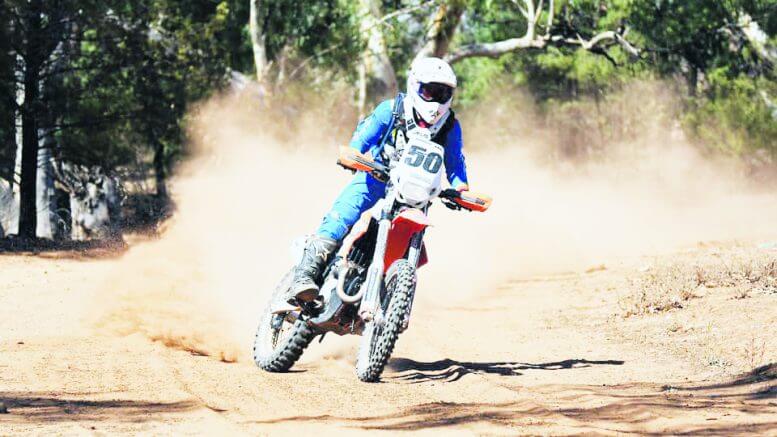 Lachlan Manwaring claimed second spot in the 2019 D’Aquino’s Condo 750. The event was not run in 2020 or 2021, and it needs more volunteers to ensure the continuation of the rally. Image Credit: Sally May/SWAP Images.

The Condo 750 has been running in and around Condobolin for 31 years, up until the late 90’s the event was run by a private promoter when it was taken over by a local committee.

The rally has been very successful for the local community promoting the town and surrounding community as well as generating thousands of dollars for local businesses and other not for profit committees.

The 2020 event was cancelled due to Covid19, it was decided by the committee to cancel the 2021 event mainly due to the uncertainty of Covid19 restrictions but also due to lack of committee members able to help organise the event.

The problem of lack of volunteers has risen once again at the AGM which was held on 6th May 21 with only 10 people in attendance and we were unable to fulfil all the positions required to hold the event. At the meeting it was decided to call a public meeting at the Condobolin RSL on Thursday 20th May 2021 at 6pm.

We would like as many people as possible to attend the meeting to explain to the general public the problems we face in running this event but how with extra help it will not be anywhere near a big chore as it has been over the last few events with all the work being left to a select few. One of the main points we will be focusing on is that we know how much everyone loves being a spectator at the event and if you were able to be part of the committee most of the work is done before the event leaving the weekend free for most to enjoy the event at their favourite spectator spots.

It seems that not only our small club has this problem it is being experienced in all sporting and community clubs in our town which is such a shame as most often once a club or committee makes the hard decision of not being able to run for the year the chances of them being able to restart are very slim if not impossible.

If you would like any further information about this meeting or would like to volunteer but are unable to make the meeting you can contact Geoff Smith on 0478 808 368 or Bruce Broad on 0429 953 007.