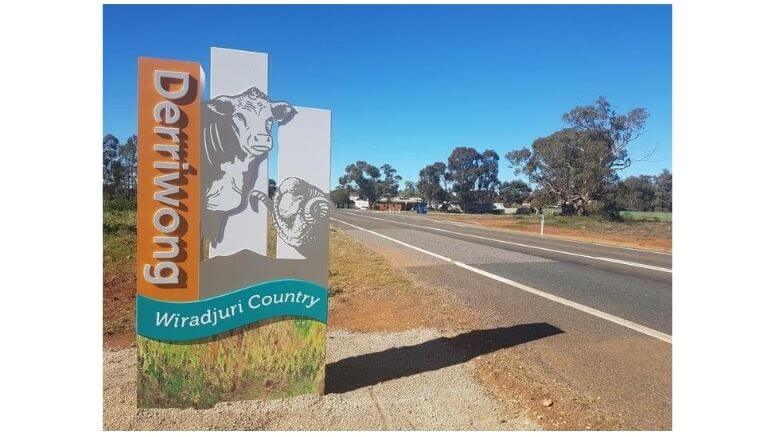 The new sign at the entrance to Derriwong. Image Credit: Lachlan Shire Council.

Derriwong, Fifield, Burcher, Albert and Tullibigeal have all benefitted from the Commonwealth Government’s Drought Communities Program, with funding from the program obtained by Council to install two signs in each village.

The initiative provided funding for community services and infrastructure projects around drought affective local government areas. Council successfully applied and was granted $1million which was used for various community initiatives, including the new signs.

The signs incorporate elements of local life such as agriculture and also pay respect to the Wiradjuri traditional owners. They were designed and constructed by leading sign manufacturers Danthonia Designs. An online community survey was conducted to allow community members to vote for the final designs.

As part of the initiative, Council also supported a grant application for Western Plains Regional Development to employ a Drought Support Worker.

The grant was successful and Mrs Lee-Anne Denyer was appointed to the role.