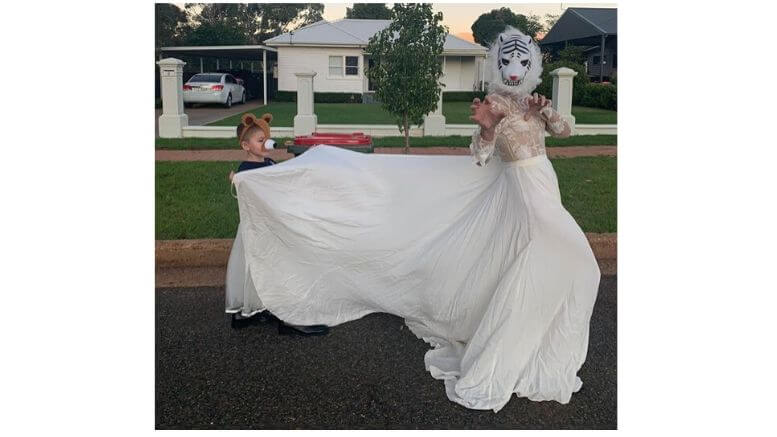 Condobolin resident Monique Whitbread has been getting into the spirit of bin night, dressing up in creative outfits to take out the rubbish. This social media phenomenon began with the Facebook group “Bin isolation outing”, which now has over 900,000 members. Image Credit: Facebook.

Thanks to social isolation, bin night is a rare chance to get out of the house and local residents are making the most of it.

Rod Harland, was captured by his wife Sharon, taking the bin out in Condobolin showcasing a unique outfit on 13 April. He dressed up in a tight sailor girl dress and a wig.

Sharon said it was all about having a little bit of fun, in what is a very tough time at the moment.

Monique Whitbread is another resident who has been getting into the spirit of bin night.

Taking the bin out in an unusual outfit has become a social media craze.

It started with the Facebook group “Bin isolation outing”, which now has over 900,000 members.