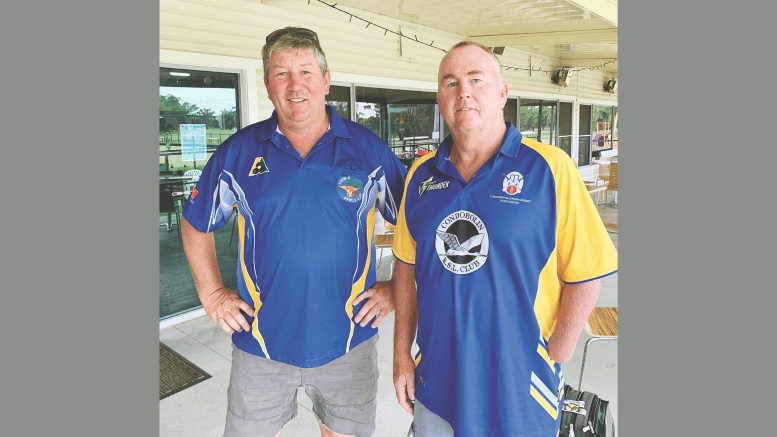 Bill Logan and Pete Brasnett were the overall winners of the Australia Day Bowls Competition at the Condobolin Sports Club. The major sponsors of the event were Moses and Sons along with Willowbend Sports Centre. Image Credit: Brayden Davis.

A new year and another eleven months of social and competition bowls fun beckons, not that it’s been quiet on the greens with a total of 46 games being played on 27 days since the last report.

Next Sunday the first round Pennants will be played, both grades are home games starting at 8:40am. The 7s play Tullamore and the 5s play Eugowra.

In early January, long time Bowling Club member Ron Nicholl passed away. Ron hadn’t played recently but was a very active member and was the Club Champion numerous times. Our thoughts are with Pam and the Nicholl family.