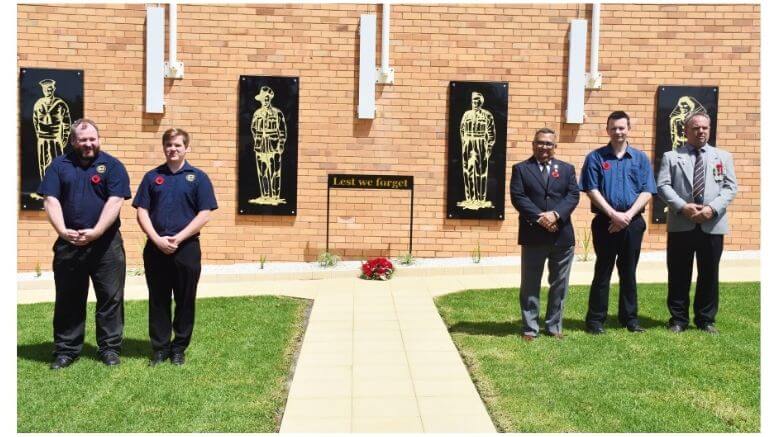 This project was 18 months in the making, according to Administration Manager Robyn Wilson.

“We wanted to take on a project that would honour our service men and women, as well as enhance the look of the Club,” she explained.

To offset the unique columns, the Condobolin RSL Club employed Cary L’Estrange to undertake the landscaping to enhance the look of the area.

“We would like to say a big thank you to Cary L’Estrange for his landscaping efforts,”

Robyn said. “He has done a wonderful job in making the area look inviting for the community and visitors alike.”

The area in front of the Condobolin RSL now also features Lest We Forget signage.

Robyn added the Club was hoping to apply for grant funding, so that artillery replicas could become part of the display at a later date, if the applications were successful.