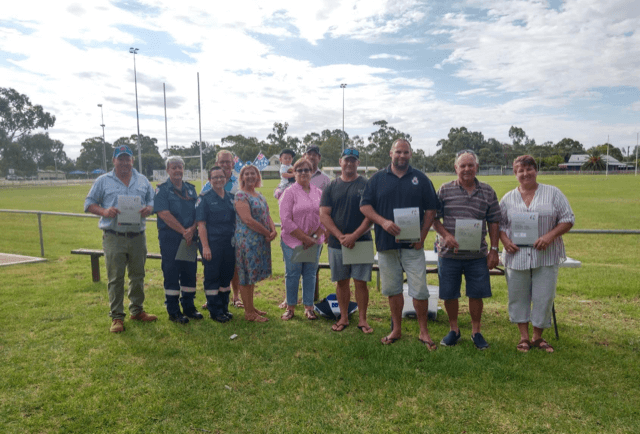 June Winner:
Bill Thomlinson; Hole in one and 2 under for 18 holes

October Winner:
Sally Taylor playing for Castlereagh in the Cricket

November Nominee:
Blair McDonald – With not much sport happening Blair has started playing cricket with Condobolin Under 17s as he aged out of the local junior cricket competition. This has been quite a step up in skills and pace for him.
On his debut for Condo he scored 18 n/o and took 1 wicket off 2 overs.
This month he was able to compete at the NSW State Lever Action Silhouette Shooting titles. This was the first state or national event held since the covid lockdown. In this shooting sport juniors compete against adults.
Blair placed 3rd in his class on day 1 and won under 15 Juniors. On day 2 he won his class and under 15 Juniors also. This makes him the NSW State under 15 champion.

We had 3 nominees for Citizen of the year or group.

In the small but lively town of Trundle usually, on the eve of the Trundle ABBA Festival, Carolyn Keep and Debbie Veale host their annual Pink Ribbon Night at the Trundle Services Club to support Cancer Council in their vision of a future free from womens cancers.

Carolyn and Debbie have been running their Pink Ribbon Night for the last five years and every year the event gets bigger and better!

The Trundle community have come together and, so far, raised an incredible $57,000. This year on Saturday 31st October (due to COVID restrictions and the cancellation of Trundle ABBA Festival) they held yet another successful event to add more than $14500.00 to that already phenomenal total.

The night included music and countless prizes generously donated from the community and businesses for the huge raffle and auction.

Trundle Pink Night is always filled with emotion, laughter, and tears with so many locals all having a story of their own to share and connect over. Carolyn and Debbie have created a unique and valued event that patrons look forward to each year, busily planning their outfits for and get involved in supporting those in need.

Congratulations to the Trundle Progress Association on becoming Citizen of the year.

Trundle Progress Association for the tireless effort for the community. The Committee go above and beyond to assist not only the Trundle Sports Council but many other groups in Trundle.

Their efforts in grant funding applications have made generation changes to our ovals, roads and main street. They are always putting the communities’ best foot forward. Their hard work towards building a larger precinct at Berryman Oval which will not only support the many sporting groups and also all local and visiting users.

Trundle Progress Association along with assistance from Parkes Shire Council have been successful in receiving $308,000 for the relining of the Trundle Pool. Council, Progress, and Jnr Rugby League funding has been received for a Skate Park to be built and we are working towards securing additional funding for upgrades to the tennis courts and netball/basketball courts, to create a new upgraded facility at Berryman Oval, following recently funding support to upgrade the dressing sheds. 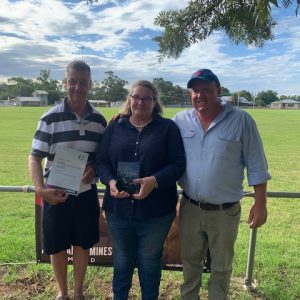 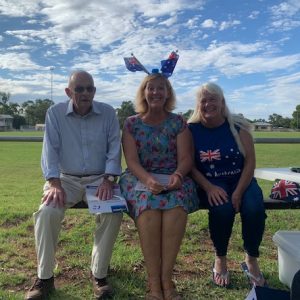 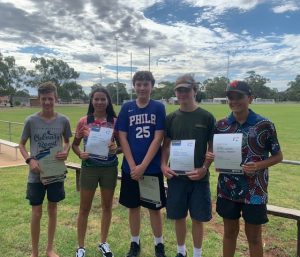 The Junior Cricket Team with their certificates. They won the Grand Final in Condobolin in 2020.