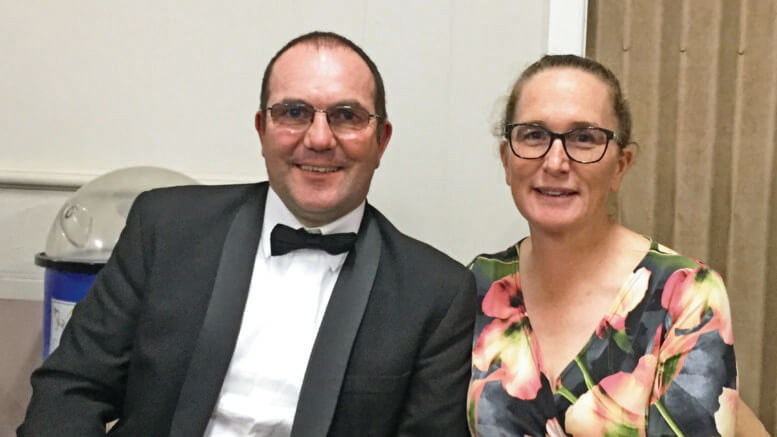 Worshipful Brother Andrew Earney and his wife Anne. Andrew was installed as Master of Lodge Condobolin for the second year recently. Image Contributed.

Andrew Earney has lined up to take on the Chair of Lodge Condobolin for the second year in a row.
Condobolin Lodge 185 held its annual Installation on Saturday afternoon with 19 Masons attending the ceremony from Condobolin, Parkes and West Wyalong. The Installing Master was Worshipful Brother Donald Anderson who also took on the role of Master of Ceremonies for the next twelve months.
The Grandmaster was represented by Right Worshipful Greg Summerhayse, supported by a delegation of Grand Lodge Officers from Condobolin, Parkes and West Wyalong Lodges.
While the gentlemen held their Installation meeting the ladies enjoyed an afternoon tea at Anne and Robin Sanderson’s.
After the Installation everyone gathered at the Sports Club for the Installation dinner and the formal toast and speeches that form part of the traditional ceremony.
Worshipful Brother Earney opened the evening with a toast to Her Gracious Majesty the Queen and the evening concluded with a round of auld Lang Syne and the National Anthem. 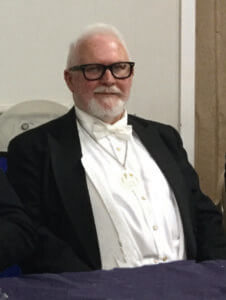 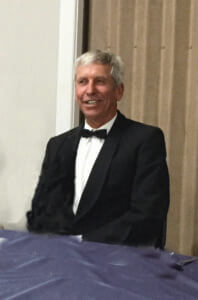 Worshipful Brother Donald Anderson was the Installing Master and has taken on Master of Ceremonies for the next twelve months. 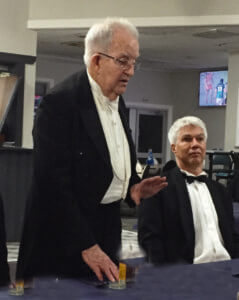