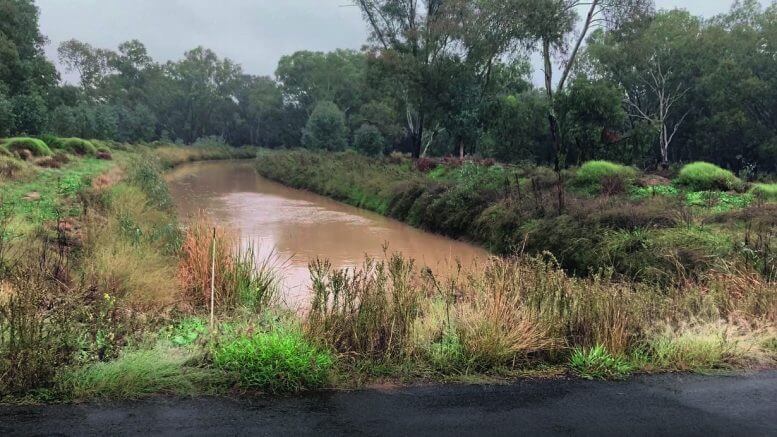 For the first time in almost 12 months there is water flowing in the Albert Priest Channel which connects Nyngan to the Macquarie River.
The Albert Priest Channel is around 70km long and runs from the Macquarie River at Warren to Nyngan.
It was completed in 1942 when Nyngan was feeling the disadvantages from the lack of a reliable water source, and so prompted the investigation into an open water channel from the regulated Macquarie system.
Bogan Shire Council director of Engineering (and grandson of Albert Priest) Graeme Bourke, said the continual wet conditions over the past 12 months had resulted in there being enough water in the Bogan River to supply Nyngan and Cobar, without reliance on the channel.
The water from Albert Priest Channel is stored in the Upper Weir of the Bogan River near Nyngan and used locally and also piped to Cobar.