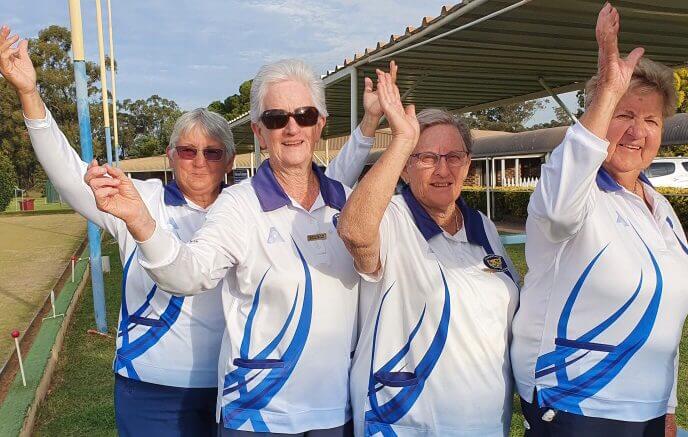 Samantha Dawson, Cathy Thompson, Danielle Thompson and Wendy Ryan defeated Liz Goodsell, Janelle Taylor, Marilyn Seton and Felicity Saunders 28-7. Congratulations to the winners and the best of bowls to all players in their next round.

A game of Consistency Singles was played between Danielle Thompson and Samantha Dawson. Congratulations to Danielle winning 152-108, congratulations also to Samantha, as this is an excellent result for her first club singles event.

First round of the Club Major Singles Championship is dated, play on or before 15th May.

Two games received a bye into the second round, they are Cathy Thompson plays Pauleen Dimos and Marilyn Seton plays Judy Johnson. Second round has been dated play on or before 22nd May.

The final of the Major Single Championship needs to be completed by mid June, allowing the winner to enter the State 2021 Champion of Club Champion Singles, if the Club Champion so desires.

Social bowls on Thursday 15th April, nine ladies were in attendance. Pam Nicholl and Beryl Field defeated Judy Dodgson and Judy Johnson 17-11. In the other game, Pauleen Dimos lead for both teams. Pauleen, Liz Goodsell and Marg Dopper defeated Pauleen, Colleen Helyar and Yvonne Johnson 16-10. Yard Stick to Pam Nicholl and two yard sticks to Beryl Field. Our first Gala Day will be held at Temora Exies on Wednesday 5th May, the invitation is on our notice board, if you are interested in going please write your name on invitation. Also the Shepparton Bowls Shop will be attending, if anyone requires any bowls supplies, contact details are on the invitation.

On the draw for Social Bowls Thursday 22nd April are Beryl Field and Pauleen Dimos. 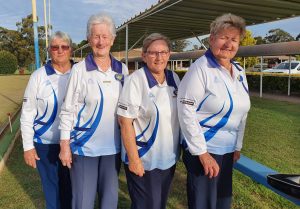