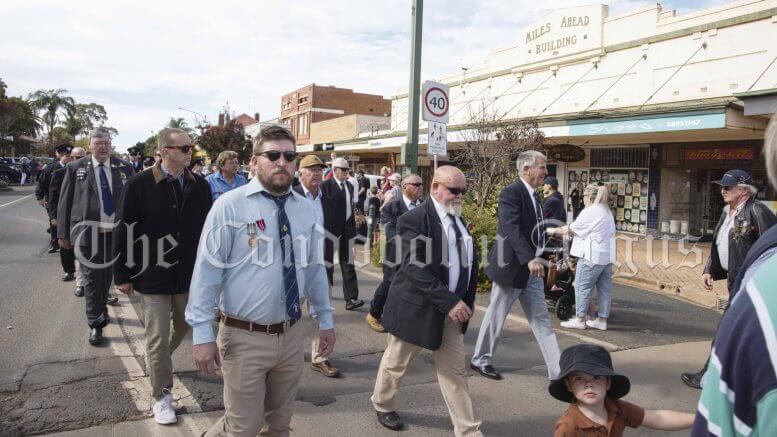 Condobolin paused to remember those who served Australia when they were called to do so on ANZAC Day (25 April).
The community honoured the courage, endurance, mateship and sacrifice of the Australian and New Zealand Army Corps (ANZAC).
Commemorations in Condobolin began with a Dawn Service at Memorial Park. This was followed by a breakfast for Ex-servicemen and women at the RSL Club.
The March started at 10.45am, and made its way down McDonnell Street, Bathurst Street, William Street and then onto Memorial Park.
Condobolin RSL Sub Branch Vice President Michael Wighton welcomed the community, acknowledging the courage and sacrifice of our current and former service men and women who have served and died in all conflicts, and the country’s allies and partners who have served alongside them.
“We are assembled here to commemorate that immortal day when the young men of Australia by their deed and sacrifice demonstrated to the world at Gallipoli that Australia was truly a Nation,” he told the ANZAC Day crowd gathered at Memorial Park.
“The sons and daughters of ANZACS and Australians came forward without question, accepted glady and discharged fully their responsibilities during World War I, World War II, Korea, Malaya, Borneo, Vietnam, East Timor, Iraq, Afghanistan and various peace keeping operations throughout the world.
“On this day we remember the sacrifice of such men for an ideal, for a way of life.
“Let us take strength in the knowledge and hope that our sons and daughters will never forget the example set by their forefathers. In our everyday life let us endeavour to carry on those traditions established in past wars and conflicts at such tragic cost.
“We think of every man, woman and child, who in those crucial years, died so the lights of freedom and humanity might continue to shine. We nurture to the obligation of showing gratitude for the peace we enjoy and the responsibility of ensuring that the freedom and liberty so costly won is not lost by our indifference.
“So let us mourn with pride, but let us also remember with equal pride, those whose served and still live.”
This was followed by the laying of the wreaths, playing of ‘The Last Post’, one minutes silence, and the Ode.
A Prayer for Queen and Nation, and the Lord’s Prayer were delivered by Jodie Elliott. Flowers of the Forest was played by Rob Neal. The final part of the commemoration was singing the National Anthem.
Lest We Forget. 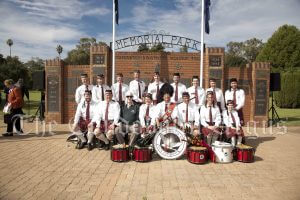 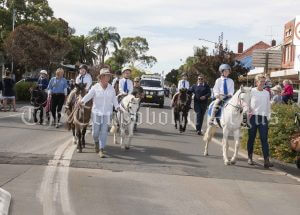 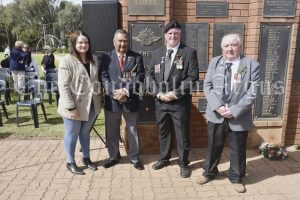 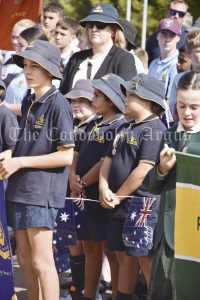 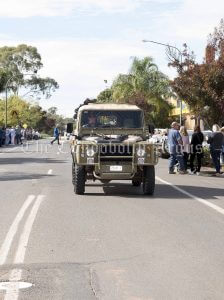 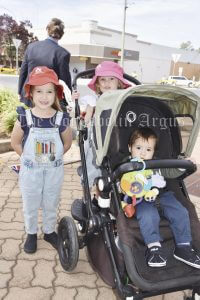 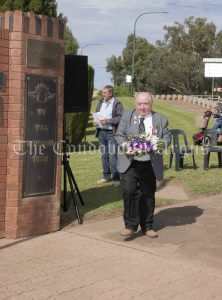 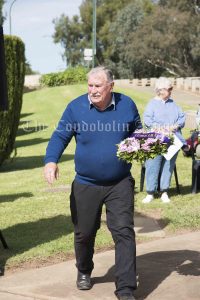 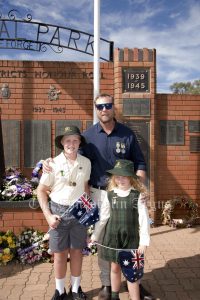