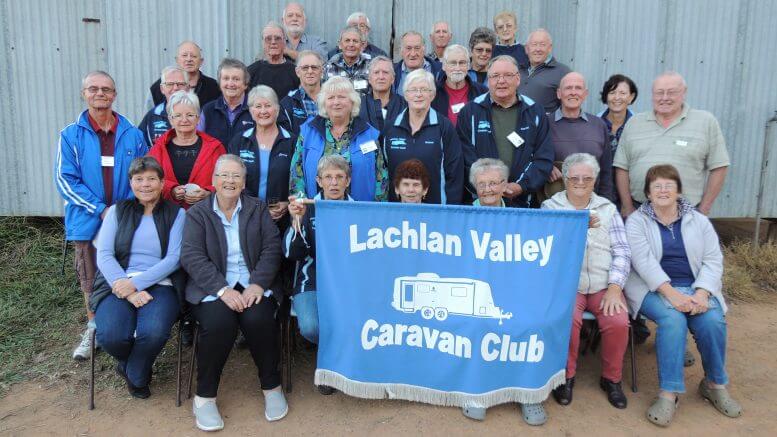 Lachlan Valley Caravan Club will hold a Biggest Morning Tea at Kaicatoo Hall on the 25th May. Contributed

The Lachlan Valley Caravan Club will once again be holding a Biggest Morning Tea fundraiser for the Cancer Council at Kicatoo Hall on Friday, 25 May.
Participants will be able to enjoy a morning tea from 10.30am, and lunch from 12.30pm.
Last year they raised $922, with the help of enthusiastic locals.
“If you are in the area and would like to join us for a cuppa, morning tea, lunch or stay for some fun and entertainment during the afternoon, there will be raffles, skits, and musical entertainment you would be most welcome to join us,” Lachlan Valley Caravan Club Publicity Officer Pat Barnes urged.
The Lachlan Valley Caravan Club is based in The Lachlan Valley around Forbes & Orange. The club was formed in 2003 as Forbes Country Caravanners. In 2007 the name was changed to The Lachlan Valley Caravan Club, drawing members from far and wide, including Dubbo, Nowra, Wooli, Molong, Orange, Bathurst, Parkes, Tumbarumba and one member from Victoria.
The club conducts approximately nine rallies per year as well as a roving rally over a three week period.
“The most popular rally is the week long bush rally in May usually along a river. The last several years it has been held at Kiacatoo Hall, Kiacatoo, giving members the chance to try their hand at camp oven cooking often getting very competitive,” Mrs Barnes explained.
The club currently has a membership of 132 and a total of 70 caravans/motor homes and is the fourth largest caravan club in NSW.
“One of the joys of belonging to a caravan club are the new friendships that are formed and enabling members to embark on journeys in the safety with others,” Mrs Barnes said.

Tea and treats to raise funds