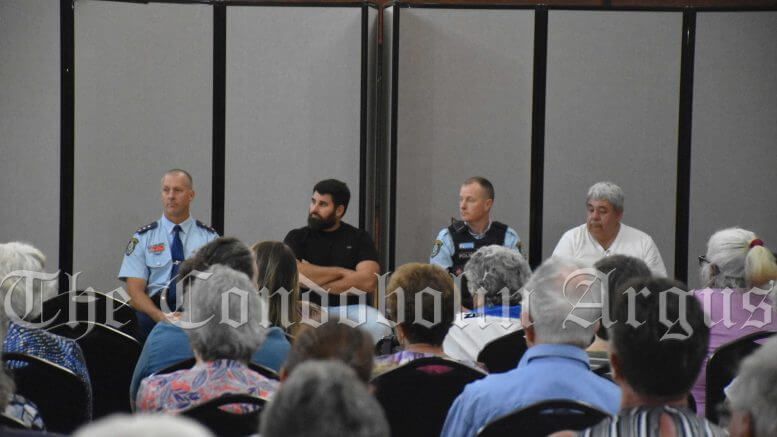 Around 140 people attended the Public Meeting which focussed on community safety at Condobolin on Wednesday, 23 March.
The meeting was held at the SRA Hall, with Inspector Shane Jessop (Central West Police District), Sergeant Joel Hunter (Condobolin Police), Senior Constable Daniel Greef and Aboriginal Community Liaison Officer Kevin Read were all on hand to answer questions and give advice.
Inspector Jessop spoke of the importance of reporting crime when it happens and on what security measures can be put in place. He urged residents to report all crime, no how insignificant they felt it might be at the time.
There were many questions from the community including why was there not a bigger police presence in Condobolin, why was there not a proactive approach to solving the issues instead of a reactionary response, why does crime seem to come in waves, what help was available for both young people in Condobolin and the victims of crime, and what could be done if an offender/s entered a home or property boundaries.
There are a total of seven police working in Condobolin and Inspector Jessop said they were responding to reports of crime and undertaking all manner of operations behind the scenes where details could not be shared due to the ongoing nature of the investigations.
Emotions sometimes ran high, with many sharing the opinion – “this has to stop.” Some even walked out of the meeting before it was finished – describing it as “a big disappointment”, “pathetic” and “a waste of time.”
Many in the community have been touched by the recent crime wave and are trying to understand why it continues to happen. One community member said – “This is not a black or a white problem – it is a community problem.”
Others asked about interagency support for the young people of the town, and what programs were in place. Mr Read said he was heavily involved in working with young people in the community and trying to work towards solutions. He admitted “he didn’t know what to do” and it was made even more difficult when young people “refused to engage” with the process.
Chairperson of the Condobolin Chamber of Commerce Vicki Hanlon said she was please so many community members turned out for the public meeting.
“There was open dialogue between the community and the Police,” she explained.
“I know some people went away disappointed and from what I have been told disgusted, but I am not sure what they expected as we were never going to solve the problem with one meeting.
“But we have now begun the conversation and know that we as a community all have a role to play.
“Please report any crime to the Police, regardless of how small it may seem.
“Keep an eye on your neighbours and be security conscious.” 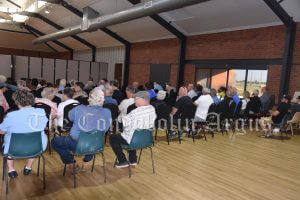 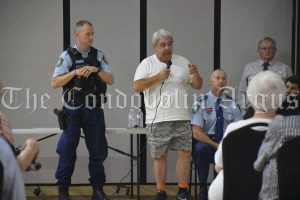 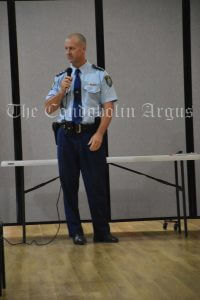