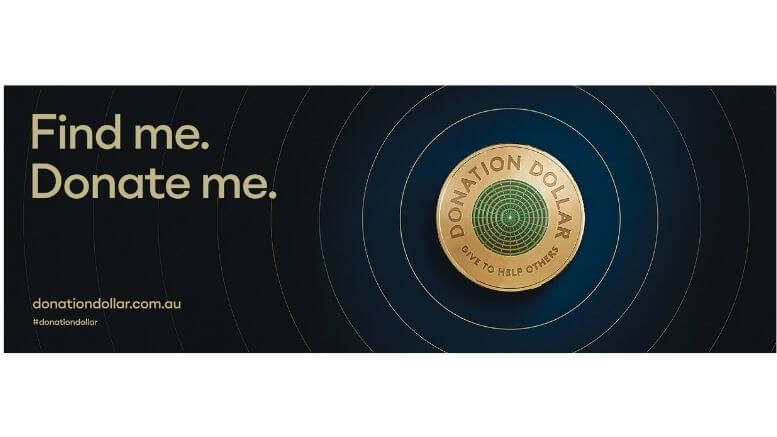 Posted By: The Condobolin Argus September 16, 2020

The Royal Australian Mint has unveiled its new Donation Dollar, a $1 coin designed to be donated to charity.

It has launched a world-first initiative designed to inspire and encourage Lachlan Shire residents and all Australians to not only give in times of crisis, but continue to be generous all year round, giving smaller amounts, more often, across all charities. The idea is backed by research that found most Australians — 57 per cent — said they would be likely to donate the coin if they found it in their change. Over the coming years, the Mint will mint a $1 dollar coin for every Australian with a simple call to action – donate this dollar to help others.

The aim of this coin program is to generate donations to charities in a time when many charities across Australia are doing it tough.

The Royal Australian Mint wants to achieve their goal of having 25 million $1 Donation Dollar coins donated to Australian Charities over the coming years. If every Australian donated their Donation Dollar just once a month, the initiative has the potential to raise $300 million annually for those who need it most.

The coins are legal tender but Australians are urged to give them to people in need. They can be used just like any other $1 coin but it is not a collectable.

Go to donationdollar.com.au to find out more.